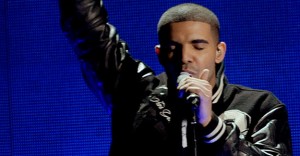 There is probably no hotter and more legitimate rapper in the world right now than Canada’s Drake. Â I seriously never thought I would ever type that Canada is in the possession of the biggest rapper in the world, but sometimes Canadians surprise you.

Sunday night marked the final night of Drake’s highly successful (and first) North American tour and it is already being called the biggest urban concert in Canadian history!!!

Here’s what happened: Â Essentially Drake thought, what better way to celebrate his huge accomplishments over the past year then with a concert in his home town of Toronto with Rick Ross, Kardinal Officiall and surprise guests Young Jeezy,Â Eminem and Jay-Z!!!!

While I obviously wasn’t at the concert, it was a blast to follow on twitter and see people lose their shit as Drake brought out star after star to close out his show. Â I think the only person that was missing was his non-ironic best friend Justin Bieber. Â It is amazing and impressive to see Drake live up to all the hype that surrounds him. Â In an era where many think the concert and essentially the individual artist is dead, Drake is showing he won’t go down without a fight!

MTV live blogged the entire concert if you are dying to know the details.

Here are some pics of the night that I’ve been able to find on Twitter. Â If you’ve got better send ’em my way! 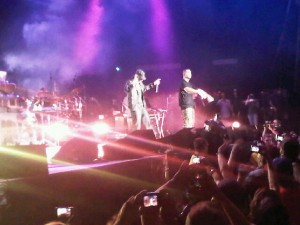 Drake and Eminem (via Khaleed_Juma) 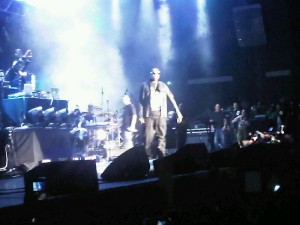