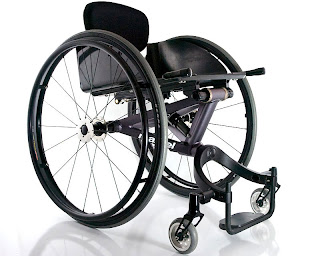 This past weekend, I got the chance to sit in on the auditions for the upcoming season of CBC’s The Dragon’s Den. I went on Saturday, which being the second day of the auditions was pretty quiet. Apparently they had more than 70 “pitchers” on Friday!

One of the coolest pitches I saw was for this great company called Marvel Wheelchairs. Now, I don’t know a ton about wheelchairs; I probably don’t even know a pound about wheelchairs. But these chairs seemed almost revolutionary! They basically took the the best aspects of a mountain bike and updated the old and stagnant design of the traditional wheelchair. The chair even had removable wheels that could easily be switched to suit your terrain!

It was awesome to see their pitch. Sadly, because it is so expensive to produce these wheelchairs, the company is dangerously close to receivership – hence them asking the Dragon’s Den for an investment.

In the end, the judges said they would be calling them soon if they were going to be on the show. That’s a positive sign, because if the producers thought they had no chance, they would have sent them packing.
If you want my two cents and you’re are an investor with a couple of hundred thousand dollars looking for a place to work it’s magic, I think Marvel Wheelchairs might be the investment for you!