Drag me Up to the movies! 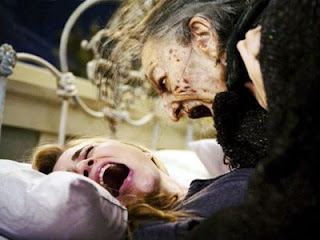 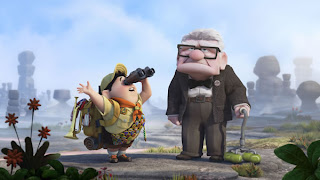 This weekend will be a very confusing weekend for me. Â

I will be heading to the theatre to see Evil Dead: The Musical. Then, at some point, I’m going to be heading to the movie theatre to watch both the family film Pixar’s Up! and Sam Raimi’s horror flick Return to Hell.
Is there something wrong with me that I want to see these two very opposite movies equally as much.
Can you blame me? Â Their reviews are amazing. Both got an “A” rating from my bible, Entertainment Weekly. Â UP! currently has a 98% rating on Rotten Tomatoes and Drag Me To Hell has a very ridiculously amazing (for a horror flick) 94%!
I haven’t decided which order I’m going to see them in. Maybe this weekend will be the one where I finally try to sneak into one movie, after paying and watching another. Â I’ve always wanted to do that. Â
The only thing standing in my way from a movie/theatre filmed weekend is the stupid weather. Â Why does it have to be so sunny on weekends I want to be inside? Â Stupid summer.