Down for the count? 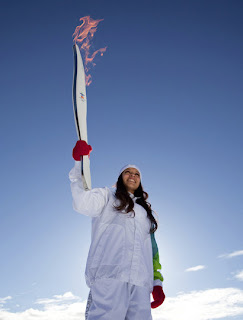 Apparently the new trend of 2010 will be knocking people down.

First it was the Pope and now an Olympic torch bearer has been knocked down. It happened earlier today during the torch relay in Kitchener, Ontario. Poor Cortney Hansen didn’t stand a chance against protester Brittney Simpson, as she was dragged to the ground.
Simpson is part of an anti-racism protest group known as Kitchener-Waterloo Anti-Racism Action. They had gathered to protest the flame passing over native land and the continued prevalence of poverty in Vancouverâ€™s Downtown Eastside.
While I can respect the protesters efforts in raising awareness about the cost of the Olympics, don’t the protesters also see the irony in the money that is wasted processing their criminal charges.
In the mean time, if this knocking people down trend is going to stick around, can I make some friendly suggestions?
Dearest protesters, knock any of those people down and leave the torch bearers alone. You have my permission.