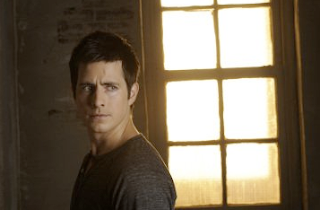 A new Canadian show premieres tonight and in case you haven’t seen the countless amount of ads, CTV really, really really wants you to watch it.

The show is called The Listener and starsÂ Craig Olejnik as a paramedic Â who can hear other people’s thoughts.
The cool thing about this show is that NBC will also be premiering on Thursday night as a part of a 13 episode deal! Â If it does well, The Listener will continue the streak of Canadian shows doing well far from the reach of Ben Mulroney!
So far the critics are a little iffy about the show.
Entertainment Weekly says: Â “Toby the listener wouldn’t even qualify for NBC’s Legion of the Substitute Heroes. Â Finally, a convincing reason to move Jay Leno to 1opm.”
Newsday: “In a word, “The Listener” is boring. Or, if you prefer alliteration, listless.”
Variety: “Actually, it’s really just more of a bore (bore … bore).“
Yikes. Â Doesn’t sound good. Â Let’s hope CTV listens to the critics and starts making some changes ASAP.