Don't give up on the Hills. 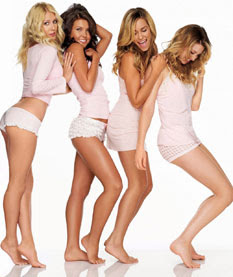 In celebration of The season 4 premiere of The Hills on Monday night, I present the Top 10 reasons why The Hills is still important.

10. If there were no Hills, I would have to go outside on weekends, instead of watch marathons on MTV.
9.Natasha Bedingfield would be a poor poor woman.
8.We still haven’t met “Britney Canada Whore”.
7. Have you noticed that the majority of the cast, don’t actually like Lauren? Spencer, Heidi, Stephanie, sorta Audrina and now Heidi’s sister. Comic.Gold.
6. I’m still holding out for Kristen Cavalari to show up. I’ll settle for Rocky from Laguna Beach’s third season.
5. Is Lisa Love still waiting for Lauren to show up for work?
4. Have you seen the trailer!?! Lauren cries BLACK tears! That is just crazy/awesome!
3. We haven’t seen much of her lately, but Lauren still has that one fat friend who shows up randomly every now and then. You know she is going to stir some shit up any minute now!
2. I don’t feel like I’m ready to start making real(3D) friends.
1.It keeps Spencer and Heidi from showing up on other reality shows like The Amazing Race and Dancing with the Stars.

Side note: The Paper isn’t coming back is it MTV? You can be honest. It’s easier that way.