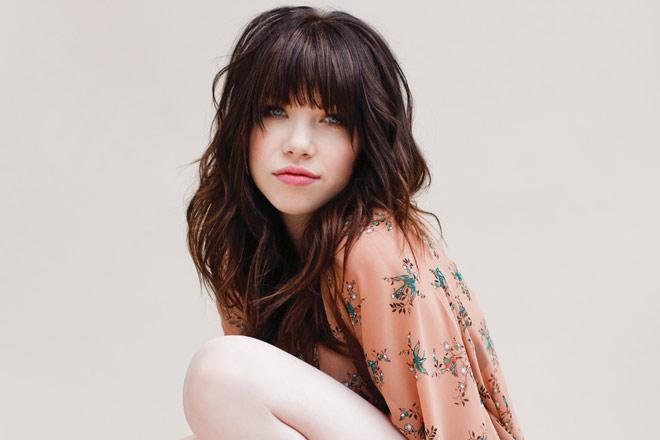 Last year, pre-“Call Me Maybe” fame, Carly Rae Jepsen was supposed to release her second full album called “Curiousity.”Â  Hours before its release, it was pulled and changed into an EP. At the time, we didn’t know why, but it turns out it was because Justin Bieber had signed her and the rest is music industry history. Two million new Twitter followers later, Carly Rae Jepsen’s album is now one of the most highly anticipated albums of the year and her camp just released the details of what we’ve been waiting for!

Kiss will be the name of Carly Rae’s US debut and fans can expect to pick it up on September 18th via 604 Records/Schoolboy Records/Interscope Records. That is precisely two days away from the one year anniversary of “Call Me Maybe’s” official release. She’s lined up a huge list of producers that will hopefully help her stay away from one-hit wonder territory. Max Martin, Dallas Austin, LMFAOâ€™s Redfoo, Toby Gad, Marianas Trench singer Josh Ramsay and Matthew Koma, will all contribute. Ramsay is a given since he’s the one that helped Jepsen with Call Me Maybe.

Since it was released last September,Â  â€œCall Me Maybe,â€ has sold more than 7.3 million singles worldwide and has spent eight weeks at No. 1 on the Hot 100 so far, tying Goyteâ€™s â€œSomebody That I Used To Knowâ€ for most weeks atop the chart this year. The song has also topped the charts in Ireland, Australia, New Zealand, Norway and more.