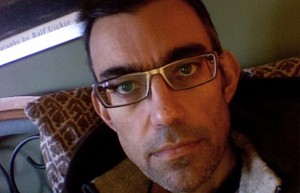 That is the stirring first sentence of incredibly moving last post, written by Vancouver blogger Derek Miller. For the last few years, his friends, family and now fans, have been following the writer, father and husband as he battled stage 4 metastatic colorectal cancer.Â  According to his last post, he requested that it be published after he passed away. He was only 41 years old and the father of two beautiful little girls.

“If you knew me at all in real life, you probably heard the news already from another source, but however you found out, consider this a confirmation: I was born on June 30, 1969 in Vancouver, Canada, and I died in Burnaby on May 3, 2011, age 41, of complications from stage 4 metastatic colorectal cancer. We all knew this was coming.”

I’m not going to pretend I can relate, because I can’t.Â  Instead, I’m going to ask you to read his poignant last words to his family, daughters, wife and all those who knew him.Â  I for one did not. Nope, I had never even heard about him until earlier today.Â  But as the hours past and I read more and more of his posts, I realized how saddened I had become.Â  His posts of the last ten years are a marvel to read, simply because it is a life put online.Â  But not about his favourite Desperate Housewives character or who what the hell LOST was about.Â  His posts were about his life.Â  Blogs like his will be his legacy, it is what he left behind.Â  It’s an interesting twist that our generation as conjured up because even though Derek is no longer here, his presence will always be felt.

But be warned, it’s a tough read.Â  Derek’s last post is a brutal look at his death and how people eventually move on without those who have passed away. I’ve bookmarked the blog and I’ll read over and over again.Â  Not every day, but on those silly days.Â  Those days when I get mad a stupid things, or frustrated at things that will never end up mattering. Derek’s blog will end up teaching a lot of people, a lot of different things, for me, it is perspective and I think, no I know, I needed that.

Click here to read the blog.Â  The link is currently to a cached site because the actual site is being overwhelmed with visitors.Â  Once it is back up and running, I’ll update it.