This week marks the final week of Degrassi‘s highly successful Boiling Point summer marathon!Â  I was actually on the set when they were filming this week’s episodes, click here to read about my set visit.Â  I’m still sworn to secrecy, but I can tell you that it is going to be such an exciting week of episodes, you don’t want to miss them.

So now that the six-week summer run is nearly, the cast and crew have gone back to filming the second-half of this super-sized season!

And while I don’t think I would be very good at coming up with great storylines, I would like to offer one single suggestion: 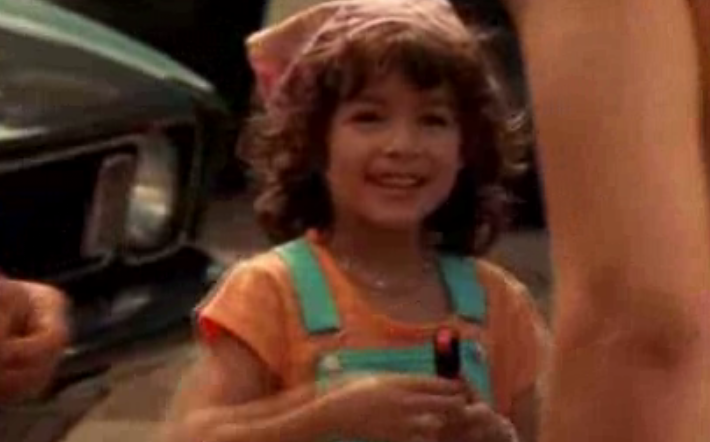 I think now would be the perfect time to re-introduce Joey Jeremiah’s daughter Angela! Sure they were last seen moving to Winnipeg, but really, who can live in Winnipeg for that long!Â  And after some rough calculations, I figured out that Angela would be about 15 years old now, so it would be a perfect time for her enroll in Canada’s most popular high school.Â  Maybe she could be a love interest for Adam?Â  Or a jaded survivor of the Maple Leaf meat scandal?Â  Of course, this would mean that Joey would have to come back too!Â  Which would be totally awesome!

So Degrassi, think you can make this happen?