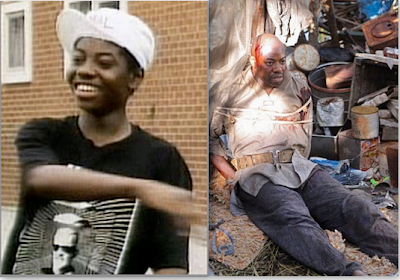 Did you happen to watch last night’s Lost? Because if you did, you witnessed a little piece of Canadian nostalgia.
Remember BLT from Degrassi? He was on the first five seasons of the original series and is probably most memorable for dating a girl whose date was a big, fat racist.
BLT was played by Canadian actor Dayo Ade, who just happened to appear in the last two episodes of Lost as Justin, the new Other who was shot by super-duper crazy Claire!
Unfortunately, after last night’s show, it would seem difficult for him to come back for any more episodes, but still! One of our own Degrassi kids made it on to LOST for two episodes!
Not to shabby!
Your move Zit Remedy.