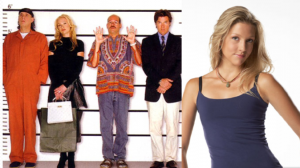 Soooooooooo…..you if you are a fan of Arrested Development and/or Degrassi, you may want to have a seat.  I mean, that is if you are one of those weird people who stand up while reading your computer screen.

The other day when I was researching this story, (yes, I research things.)  I happened to against myself, “What ever happened to Miriam McDonald?”  I used this cool tool called Google and discovered something shocking.  Seriously, shocking.  Are you ready for it?

Miriam McDonald has been cast in the Arrested Development movie.

Take a moment.
Now take another one.

There are absolutely zero details about what her role will be, but still, even you have to admit that it is pretty cool!  I’m hoping she’ll be crushing on Michael Cera‘s George-Michael or maybe Gob.  Ohhhhh Ann Veal is not going to like this one single bit.

So what do you think?  It’s not being nominated for three Grammys but has another Degrassi alumni gotten her big break?