Definitely Not A Scrooge: Douglas Campbell 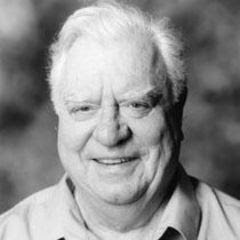 When I was eight years old, I had a rare opportunity not afforded to many children my age. For two straight months, I got the share the stage with Canadian stage legend Douglas Campbell. The play was the Christmas classic, A Christmas Carol. I played the role of Tiny Tim and Campbell naturally played the role of Ebeneezer Scrooge. For an eight year old it was a great experience. Now looking back, twenty years later, I am just beginning to realize just how lucky I was.

On October 6th, Campbell had died at the age of 87 years old.

By all rights, Campbell was a legend. Douglas was one of the first actors in the inaugural season at Stratford and since then became one of the most integral and important actors the Canadian stage has ever seen.

I remember the first day I met him. I had been cast in the Theatre New Brunswick production of A Christmas Carol in Fredericton, and I had no idea what I had gotten myself into. The first day of rehearsals involved Scrooge yelling. Campbell’s voice, whether he was yelling or not, terrified me. I ran out of the rehearsal hall screaming with big wet tears running down my face. They had to coax me back in with Douglas’ gentle giant of a laugh. I think at that moment, he was the one wondering what he had gotten himself into.

Eventually I got over my fear of him, and from that day on I idolized him. To me he was the greatest man. His voice, his presence and his graciousness. I was so enamoured with him that he was actually the reason I started watching Entertainment Tonight. I watched every night for the celebrity birthdays, waiting years on end to see Douglas Campbell’s birthday announced. In my eyes, he was just as big a Jack Nicholson or Julia Roberts.

I was actually fortunate enough to work with him again, just two years later in A Winter’s Tale. His son Benedict was also in the Shakespearean production. As Mamillius I died in the first fifteen minutes, I don’t think we even shared a scene together. But it meant just as much to me.

I haven’t seen Douglas since then, nearly twenty years ago. My dad and grandmother tell a story of running into him just a few years ago. It was at an airport and they told him who they were and they say his face light-up when they mentioned my name. They were boarding a plane and after they had landed Campbell waited around to say goodbye to them and to wish me well. I don’t really know if I believe that he remembered who I was. After all, he had acted with thousands of people from all over the world. But I never forgot him.

For the years after our shows together, whenever I acted in a play, I remembered all the things that Campbell had taught me. And when I finally stopped doing theatre, I began to use these lessons in my everyday life. Simply put, Douglas Campbell taught me that I could do anything, just as long as I was strong, dedicated and most importantly, a gentleman.

Douglas Campbell will be missed by all those that loved and continue to appreciate Canadian theatre.

Here is a wonderful video of Douglas Campbell explaining the importance of theatre.