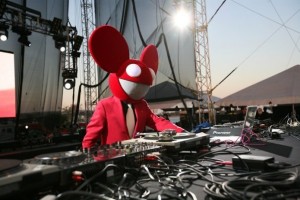 Nothing drives me more crazy than when MuchMusic talks about The MTV Video Music Awards like they are their own awards. Â Just because you are airing them, doesn’t mean you have to promote like you had anything to do with it.

BUT besides Drake and Justin Bieber’s nominations, there will be a whole other Canadian making a huge impact at this year MTV Video Music Awards.

28 year-old Toronto native, Deadmau5 (AKA Joel Zimmerman), is one of the top ranked DJs in the world and this year he will be the house DJ at this year’s MTV Music Awards!

Don’t know what a House DJ is? Â Don’t worry, I’ll help you out. Â The House DJ is the musical maestro for the duration of the show, creating original remixes from a variety of artists including live musical guests. Basically, he is going to make Justin Bieber sound cool!

If you want to hear a preview of Deadmau5, take a listen on his Myspace page!