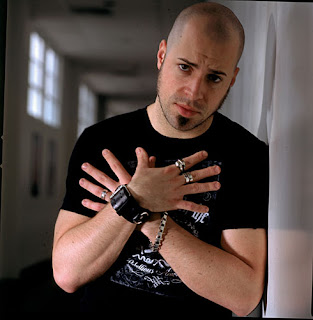 Daughtry has just announced their first headlining tour! Â And out of all 40 sites, only one is Canadian.Â

The relativelyÂ successfulÂ band will be stopping by Toronto on November 2nd. Â
Maybe more Canadian dates will be announced later, but I’d be surprised if the band has enough momentum and buzz to fill such large arenas.
Also, I feel like now is the time to start an open discussion about the above picture. Â What the hell kind of pose is that? Why must Chris insist on giving us bald people a bad reputation!