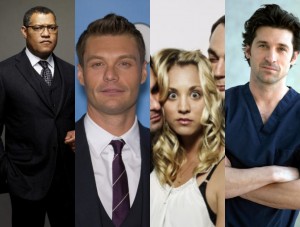 You may have missed this story but late on Friday afternoon, FOX announced that when American Idol returns in 2011 there will more changes than just the hosts.Â  The show will now have it’s performance episode on Wednesday, with an hour long results show on THURSDAY, one of TV’s most competitive nights. Â  This is especially bad for cult shows like Community and Vampire Diaries, which are now in direct competition with the singing behemoeth.

But you know who the scheduling change is even worse for? CTV.Â  The network now has to figure out a way of scheduling Big Bang Theory, Shit My Dad Says,Â  Grey’s Anatomy, CSI, The Mentalist and still make room for American Idol.Â  Yikes.Â  Talk about overcrowding!Â  The problem would be easy if there was a weak link in CTV’s line up but all of these shows regularly pull in more than two million viewers and that’s not really a number that the network wants to mess with.

It should definitely be interesting to find out!