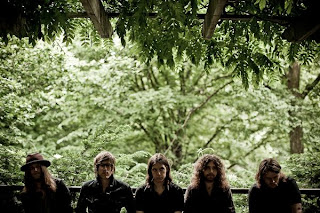 Just wanted to pass along some great new music that helped me get through my move!

The band is called Alberta Cross. Â Their CD actually doesn’t come out until September 22nd, but I’ve had a list and I am highly recommending them! Â Even though they got the Canadian province in their name, they are actually a great band from Brooklyn, NY.
I don’t really know why, but listening them really brought me back to The Bronze. Â You know the Bronze don’t you? Â It’s the club that Buffy Summers and the gang hung out in during their high school years. Â I recognize the random reference, but it was the kind of slow tempo rock music that Alberta Cross does really well.
The CD Â is called Broken Side of Time and it will be available in the September. Â In the mean time, have a listen to their stuff on Myspace. Â Oz would be proud.
photo credit:Â Alan Gastelum