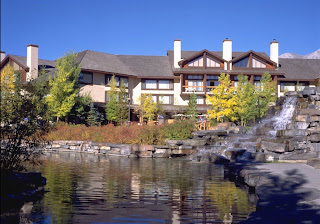 I know this recession thing is supposed to be bad and all that stuff, but am I wrong for loving all the deals we are getting because of it?

Take a look at the Delta Hotels. I just got an email saying that if you book by October 22nd, you can get hotel rooms starting at a ridiculous $79!! And the rates are good until December 31st! Sorry mom, not coming home this year. Hell even if I am, I can stay at the Delta Fredericton for $99, with the added bonus of not having to clean up Christmas dishes!

I know I just got back from three big trips, but under hundred bucks for a nice hotel room? You can’t argue with that. Come to think of it, I’ve actually never stayed at a Delta before, so that is even more justification. Right? RIGHT?!

They also have this new program called Delta Recommends. Basically Delta Employees made a list of their favorite hidden gems in the cities where there are Delta Hotels. So not only can you stay in nice hotel, you can also discover some cool new places that you know aren’t going to be crap! Can you tell I’m trying to justify it to myself?

They’ve set up a special site for the crazy promotion, click here to check out other rates.

Here are some other sample rates:

If you go, you have to tell me about it! Christmas in October anyone?