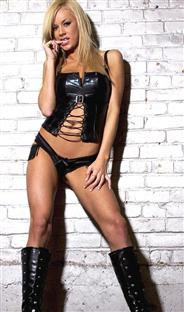 Today should be a glorious day in Calgary. After all, it’s the first day of our pride and joy, The Calgary Stampede. Today kicks off with our parade day and it means that for the next ten days, the entire city will be celebrating the greatest outdoor show on earth, and none of us will remember a thing about it.

One of the most popular things to do during the Stampede is visit the notoriously world famous Cowboys Dance Hall. And depending on who you ask, the bar is either the greatest or worst place on earth. Up until now, you would have had to been in Calgary to experience Cowboys, but all that changes tonight with the premiere of Cowboys: The Television Series.

Having watched the first two episodes of the show, I can safely say that fans of similar shows like The Hills or the City, will not be disappointed. Especially when you consider it is a Canadian production.

The show doesnâ€™t bring anything new to the reality show table, except maybe the cast-members bluntness when it comes to their own promiscuity, which when you consider the staff, is really not that surprising. The series skips on the nitty gritty details of working at one of the busiest bars in Canada and instead focuses on the daily trials, tans and tribulations of itâ€™s staff.

But it chills me to the bone for that the fear that non-Calgarians will watch this show and think that this is what it’s like to be a Calgarian. The show, like the bar, is for certain people. The cast is embarrassingly proud of their jobs. They not only appeal to the lowest denomiator, they somehow reach below it. I will admit that watching two full episodes probably made me significantly stupider and yes, Iâ€™m honestly considering returning my University degrees. Although, to hear the staff talk seriously about â€œhooter shootersâ€ is worth the half-hour investment of watching the tv-show alone.

The show is harmless fluff and if anything, it will make you feel better about the deicisons youâ€™ve made in life. Like the time you decided not to pour shots down your boobs or to never buy girls hotdogs while you are breaking up with them.

So to you Canada, I am sorry. I’m sorry if you think that Cowboys is the place where dreams come true. It’s not, unless of course your dream is get a hooter shooter, in which case, the bar (and the show) are just for you!