In terms of romance, the rocky mountains are probably the most romantic place in all of Canada. Now, I know that’s up for debate, but if you think of the mountains, the lakes, the hotels, and yes, the elk, really, it’s top notch.

So when I heard about the Winnipeg couple that got engaged on top of a mountain in Banff, it wasn’t that surprising. Our feeds are filled every weekend with stuff like that. Then I looked at the photos and it’s safe to say that I’ve never seen an engagement like this!

The engagement actually took place almost three years ago, but I’m just now seeing the photos and honestly, photos like this never get old!

The lucky couple, Rossel and Shannon Sabourin(now married) are from Winnipeg and he planned a regular hike, which is nothing new for the outdoorsy couple, but the reward at the top of the mountain was definitely unexpected.

When Shannon reached the top of Little Crowfoot Mountain in Banff National Park, she found a full on dinner waiting for her, including table, chairs, linens and a gourmet spread of cheese, crackers and chocolate. Â Dinner happened to also come with a very special question, to which she responded “yes”. Imagine if she hadn’t?! That would have been an awkward walk down.

As you can see in the incredible photos, their exclusive table offered up the best views in the entire countire. Sure they were 9,000 feet above a lake, but it’s definitely worth it.

Check out the pics by Banff own Paul Zizka, who is an absolutely amazing photographer.

I really think that With Valentine’s Day right around the corner, this daring engagement might inspire a few more lovebirds to take their engagement to new heights! 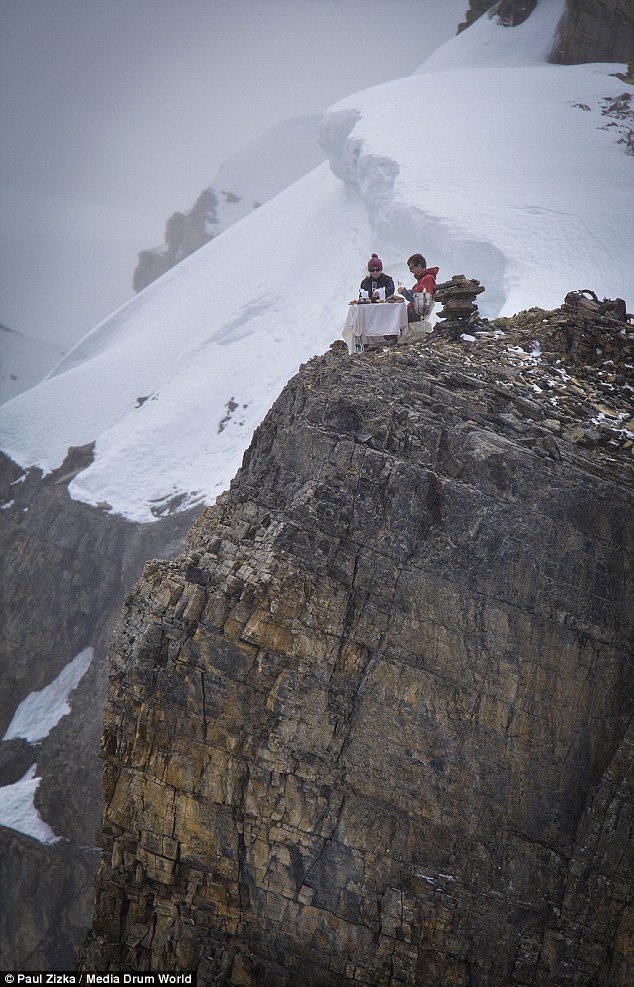 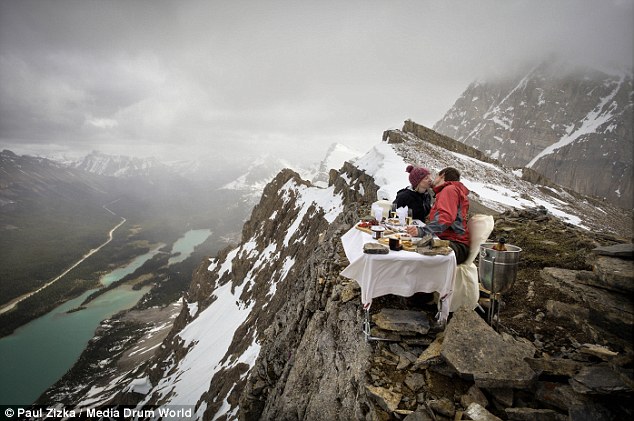 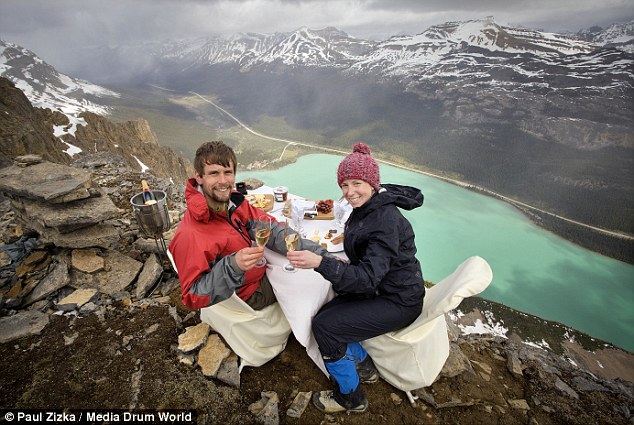