Contest: Win season one of ‘Haven’ on DVD! (Closed) 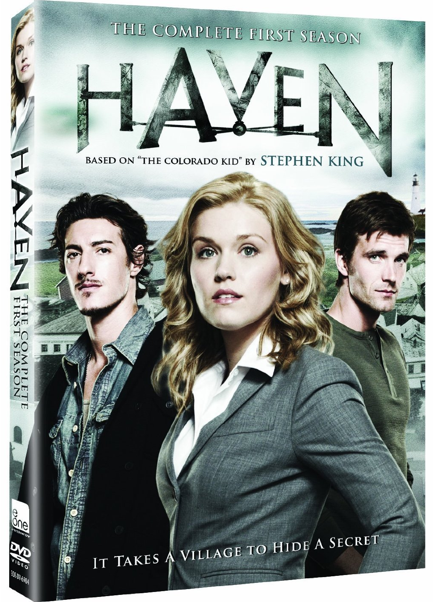 Season Two of Showcase’s hit show Haven kicks off on Monday and to celebrate, eOne and Bloggity are giving away two copies of the show’s really great first season on DVD.

Haven is adapted from the Stephen King novella The Colorado Kid and it tells the story of a small New England town (actually filmed in Halifax), that like many of King’s towns in New England has some deep, dark and strange secrets.Â Â  It stars Emily Rose, Eric Balfour and Lucas Bryant.Â  The show is turning into quite a cult hit and Sci-Fi fans on both sides of the borders are eagerly awaiting the second season.

But before you catch season two, you will definitely have to watch the first one.Â  There are waaaaaaaay too many twists and turns to try and get caught up!

To enter, tell me the name of another Stephen King story that features a spooky New England town.Â  There are so many to chose from, just pick one!

Bonus entry, tweet this: “I want to win #Haven season one from @mikesbloggity!Â http://ow.ly/5FR11”

Haven Season 2 premieres this Monday, July 18 at 10pm on Showcase.