Calgarians are pretty lucky because this summer, one of the greatest modern musicals will be coming to the city from July 19th to July 24th!

Winner of the 2012 Tony Awards for Best Score and Best Choreography, during it’s run in NYC, Disneyâ€™s Newsies had audiences and critics signing (and dancing) it’s praises! It’s the the inspiring true story about a band of underdogs who stand up to the most powerful men in New York is high-energy explosion of song and dance. You may have seen the movie a long time ago. It start Christian Bale and Bill Pullman. 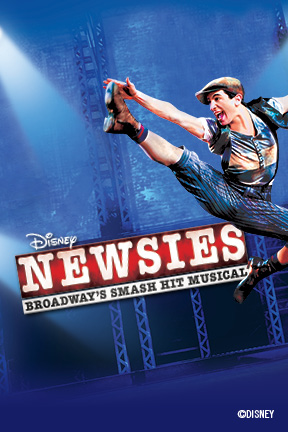 When Newsies opened on March 29, 2012, it Â was intended for a Broadway run of just 101Â performances. The showâ€™s fiercely devoted fans had other ideas, however; they propelled the show to aÂ run of 1005 performances, attendance of more than 1 millionÂ fans.

Well,Â now the award-winning show is coming to Calgary and trust me, if you’re looking for an amazing night out at the theatre, it honestly doesn’t get much better than Newsies! It’s one of the those old school musicals, that both parents and kids will love.

Disneyâ€™s Newsies will be at the Southern Alberta Jubilee Auditorium July 19 â€“ 24. To celebrate the musical’s arrival, I’m giving away four passes to the 7:30pm show on July 19th. Here’s how to win them:

In the show, Jack Kelly sings a song called â€œSanta Feâ€, which he considers a location where dreams come true and life is worry-free. So that got me thinking about wonderful local gems in Calgary. What places in YYC do you go to in order to get away from the hustle and bustle of life? Â Leave your answer in the comments section and I’ll pick a winner on July 2nd.