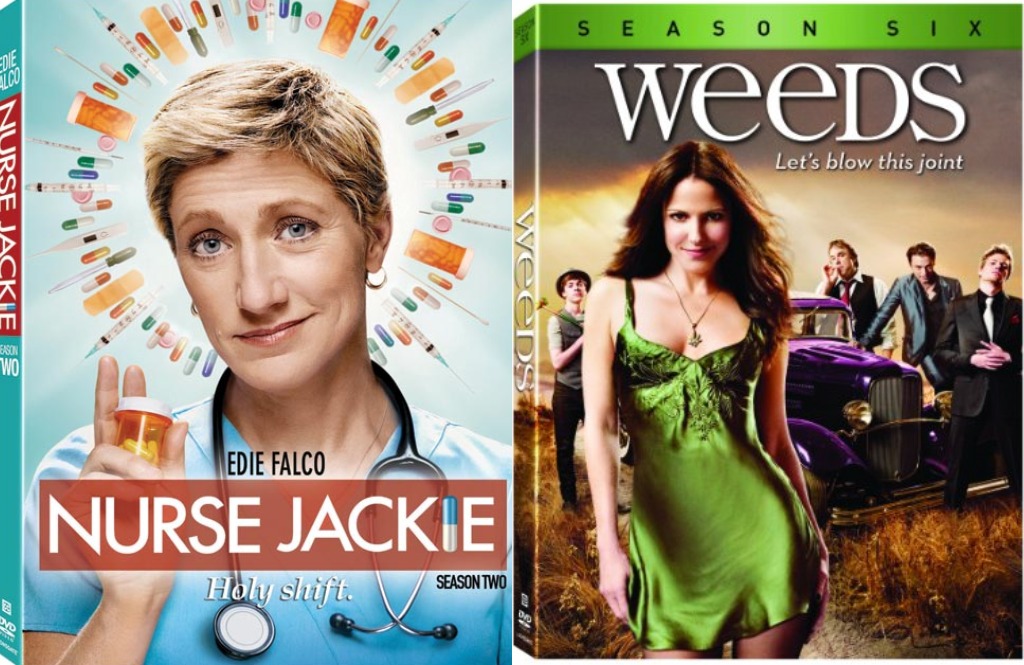 If you know good television, then you don’t need me to tell you how great Weeds and Nurse Jackie both are!Â  If you do need me to tell you, then maybe this contest is for you!Â  Two of the most critically acclaimed shows on televisionÂ  are both releasing their latest seasons on DVD today and one lucky winner will win them both!

I’ve always really enjoyed Weeds and often compared it to Desperate Housewives, if DH was actually good and about a smoking hot drug-dealing mom.Â  And to say that I’m obsessed with Nurse Jackie would be a giant understatement.Â  Since discovering it on an Air Canada flight, this show has been the show in which I judge all people.Â  If you like it, I’ll probably marry you.Â  If you don’t, then you’re lucky if I even keep you on Facebook.

So I’m very excited that you have a chance to win both of these DVDs.Â  Anytime I can get quality television into someone’s house, then I’m happy.

To enter to win, leave a comment answering this very, very difficult question: Name the stars of both Weeds and Nurse Jackie.Â  (Hint: They’ve both stared in the photos above.)