Wow. What a freakin’ musical treat. On Monday night Calgarians packed the Jack Singer auditorium for an amazing concert that I don’t think anyone will be forgetting anytime soon. 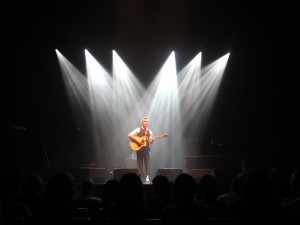 The main attraction was the one and only David Gray. Â But before the british singer took the stage, one of my favs, Royal Wood warmed the crowd with his tearful melodies mixed with light and humorous dialogue. Â His set was short, (just over 30 minutes), but in that time Wood had easily captivated the audience that was already excited for Gray to hit the stage. 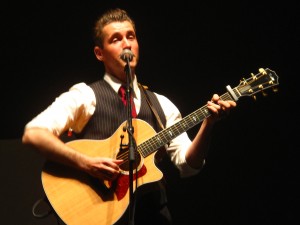 By the time he had finished, Royal Wood received a small but nice standing ovation. Â Not too bad for the opening act. 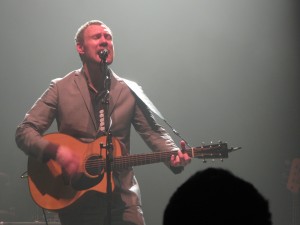 Out of all the concerts I’ve ever seen, I have never a crowd more excited then David Gray’s fans. Â  The roar was deafening. Â I knew I would love the concert as soon as David Gray hit the stage, and I realized I had never seen what he looked like before. Â  I knew almost every song, but I never could have told you if he even had hair. Â It this media-obsessed world, you don’t experience that very often. 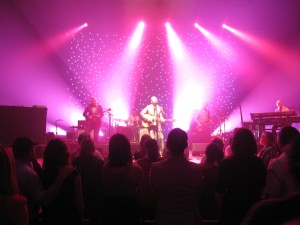 The concert was great, some will probably even tell you it was perfect. Â For those people like me, who have a very short attention span, it was definitely very, very good. Â Sometimes it seemed like songs dragged a little or maybe were a bit repetitive, but I chalk that up to my pop-obsessed ears, more than Gray’s song-writing.

A David Gray concert that is on everyone’s Bucket List and I am to finally cross that one off. Â If he isn’t on your list, he definitely should be. Â You’ll never hear a voice like his again, so listen to it while you can.