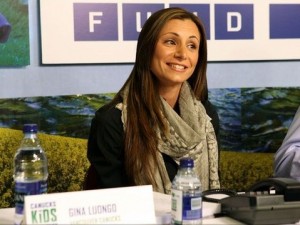 That was my immediate reaction when I heard that SHAW announced that the cameras will soon be rolling on “The Real Housewives of Vancouver!” Puhhlease, as if a tingle of sheer joy/terror didn’t just run down your spine. This has trashy camp disaster written all over it and I for one think Canadian TV could use a little more trash, don’t you?

Shockingly, the show won’t air on SUN TV, instead SLICE will be airing the show that is still in the casting phase. I’m not too familiar the socialites of Vancouver, but you can bet there will be a hockey wife or two in the mix!Â  Perhaps Gina Luongo, the beautiful wife of Roberto?

There were rumours of a Real Housewives series in Toronto but it seems they’ve opted for Vancouver to go fist. Maybe the warmer temps bring out the bitchier women? One can only hope, one can only hope.

The Real Housewives of Vancouver will air in 2012!