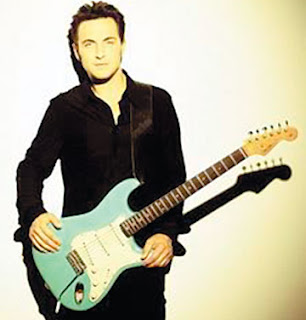 Early Christmas Gift Suggestion
Colin James is about to get really busy.
First he is releasing a new CD today, Rooftops and Satellites. Then in the new year, he’ll be going on tour across Canada. And yes, it’s actually a full canadian tour, (meaning they are actually going to go to the Maritimes.) Nothing bothers me more than when artists say an “across canada tour” and they don’t go east of Ontario or Quebec. But that’s just a personal pet-peeve.
Here are the dates of the tour and tickets are on sale now. Seems to me like the CD and/or tickets would be an excellent Christmas gift. Ahem.

If you want to win Colin James’ new CD, along with four other CDs, make sure you enter my contest for the Maple Music Prize Pack! Click here to enter!
Other new releases include: Michael Buble‘s Crazy Love, Matthew Good‘s Vancouver, The Backstreet Boys‘ This Is Us, Brandi Carlile‘s Give Up The Ghost.