Coldplay: The Good and The Bad 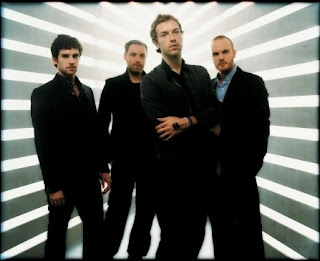 I’d like to dedicated this blog post to my amazing mother who apparently has mono! God, I love that woman. And when she gets better she has some serious explaining to do!

The Good:
Unless you have been living under a rock for the past couple of weeks, you know that Coldplay’s new album is finally released next Tuesday. It’s called Viva la Vida and after a couple of repeated listenings I can tell you that it is pretty good. Wait….repeated listenings? I thought it wasn’t available until next week. Well people without an internet connection (my grandmother) will have to wait until next Tuesday, but the rest of you can find the entire album here for a free.

So I’ve listened to it a couple of times now and I think I like it. I noticed there doesn’t seem to be any of those ballady songs that Coldplay is known for but maybe that is what they are going for. There weren’t any songs that I wanted to skip past but for the most part there was also no songs that I felt like I had to listen to over and over and over again. Which is Mike’s Bloggity Blog Blobs way of knowing if I like a song or not. See: Timbaland’s Apoligize

The Bad:
Everyone is Calgary was getting excited for June 14th. Why June 14th? Well because it was supposed to be the day that tickets to the Coldplay concert were to be going on sale. The concert was supposed to be on July 30th and now the Edmonton and Calgary concerts have been taken off Coldplay’s tour schedule and moved to Montreal and Toronto. The band isn’t saying if the shows are cancelled or postponed but it doesn’t look good. I know a lot of people are going to be pissed off and disappointed because that just means the Saddledome is going to be available for another night band like Nickelback to sneak in there instead. We wanted our Coldplay and really doesn’t Toronto get enough concerts? Dave Mathews, The Spice Girls, The American Idol tour. Sigh, Paula is right, life just isn’t fair.

The Not So Bad:
I wasn’t going to be here in the concert anyway. I’ll be on a plane heading to New Brunswick for a nice summer vacation! Can’t wait. Plus I don’t really have money for any more concerts after buying tickets for both Elton John (20th row!) and Sheryl Crow (6th row)! I know I already saw Elton John but it was cut short so I don’t think it really counts. Plus can you ever see him perform Rocket Man too many times? I don’t think so.