Coldplay: it's about freaking time! 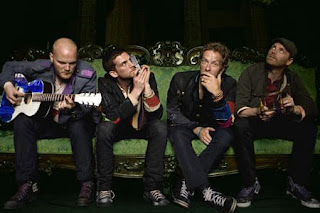 Coldplay has FINALLY announced that they are coming to Calgary for the first time since 2002. Fans will remember they were supposed to come two years ago but then changed their minds. Then when the band’s world tour was announced a couple of weeks ago, Calgary was again left off the list.

But it was just announced minutes about that the British band is indeed coming to Calgary on June 17th (or August 17 according to Ticketmaster)! Tickets go on sale this Saturday and range from $50-$100. There is no mention of a presale or anything like that, so it looks like I will be there on Saturday at 10am with my Froot Loops hitting reload like the huge coldplay fan I am!

Thanks for smartening up Chris!

Oh and in case you are wondering? U2 still isn’t coming. And although they have said more Canadian dates might be added, Calgary will likely be left out because of the shitty design of the Saddledome which can’t accomodate concerts in the round. Boo!