(Disclosure: I was given a park pass to explore Walt Disney World, but the day we explored the Magic Kingdom andÂ Mickey’s Very Merry Christmas Party was at our own cost.)

Itâ€™s December and itâ€™s hot. Thatâ€™s not something Iâ€™m used to. Having spent every single one of my Christmas in cold climates like New Brunswick, Ontario, Alberta and one special one in New York City, itâ€™s a bit jarring to hear â€œWalking In A Winter Wonderlandâ€ while in fact youâ€™re walking around in flip-flops, applying sunscreen for the fifth time that morning.

The truth is, Christmas at Walt Disney World is anything but what most Canadians would be used to, but what it lacks in frostbite and icicles, it makes up for in magic and, as Iâ€™ve mentioned, heat.

This particular week in Orlando, Florida was a good one to be exploring Walt Disney World for the first time in nearly thirty years. The sun was shining, Christmas music was playing and I was accompanied by my 14-year-old niece, just a few of my favourite things. 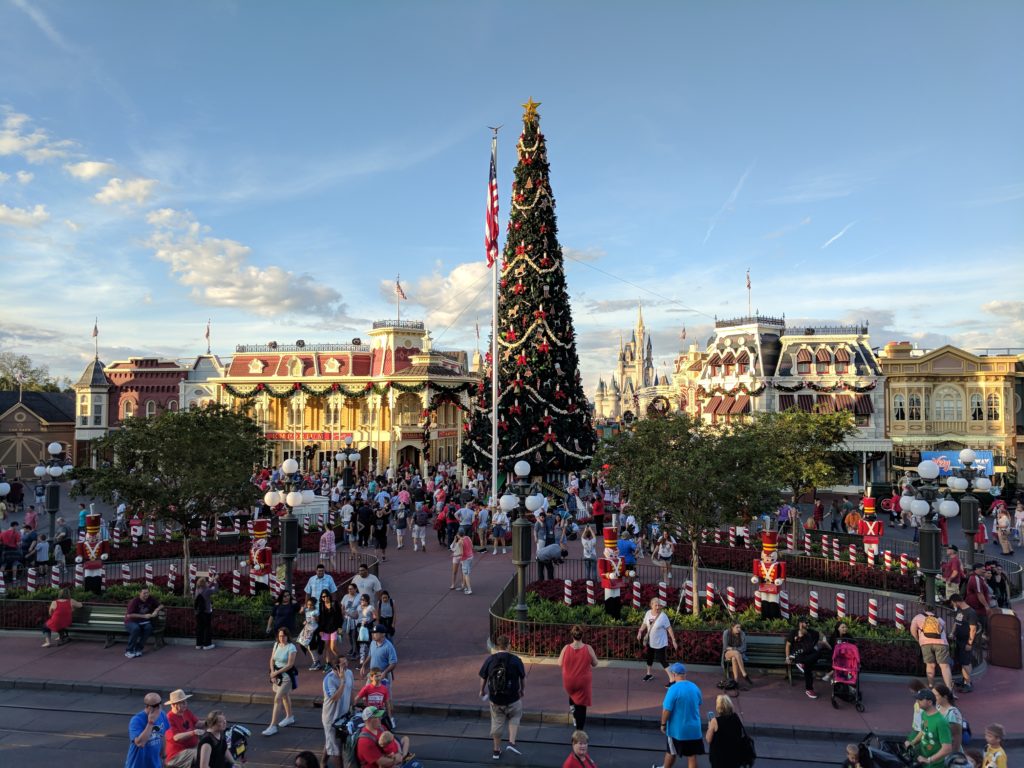 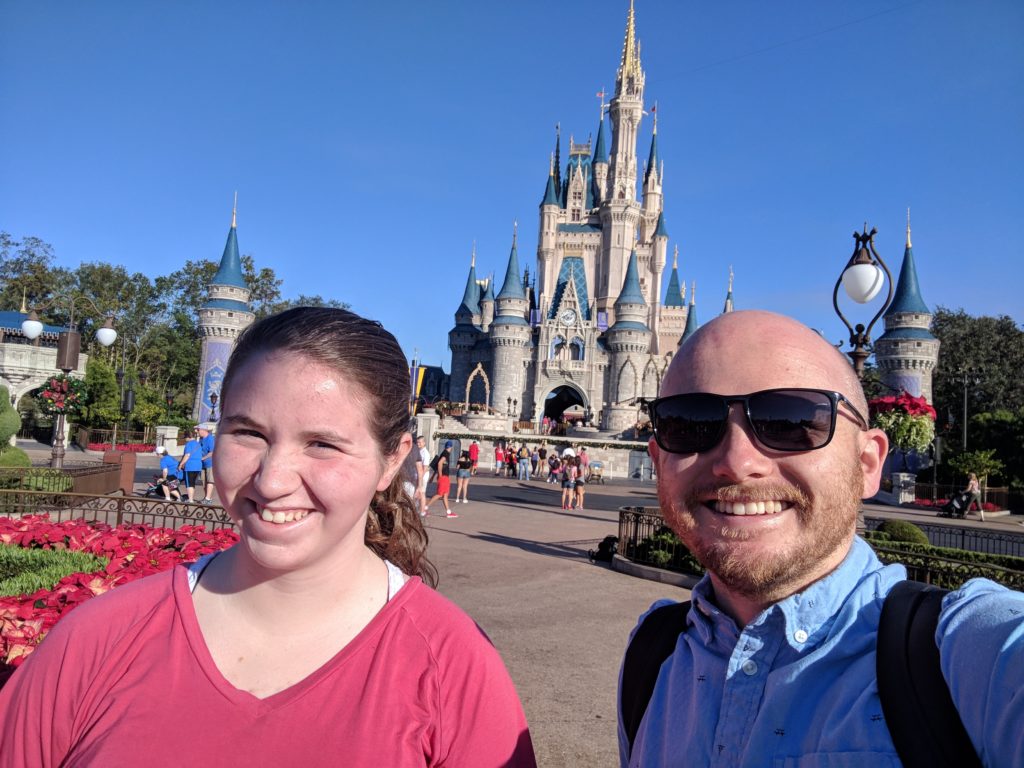 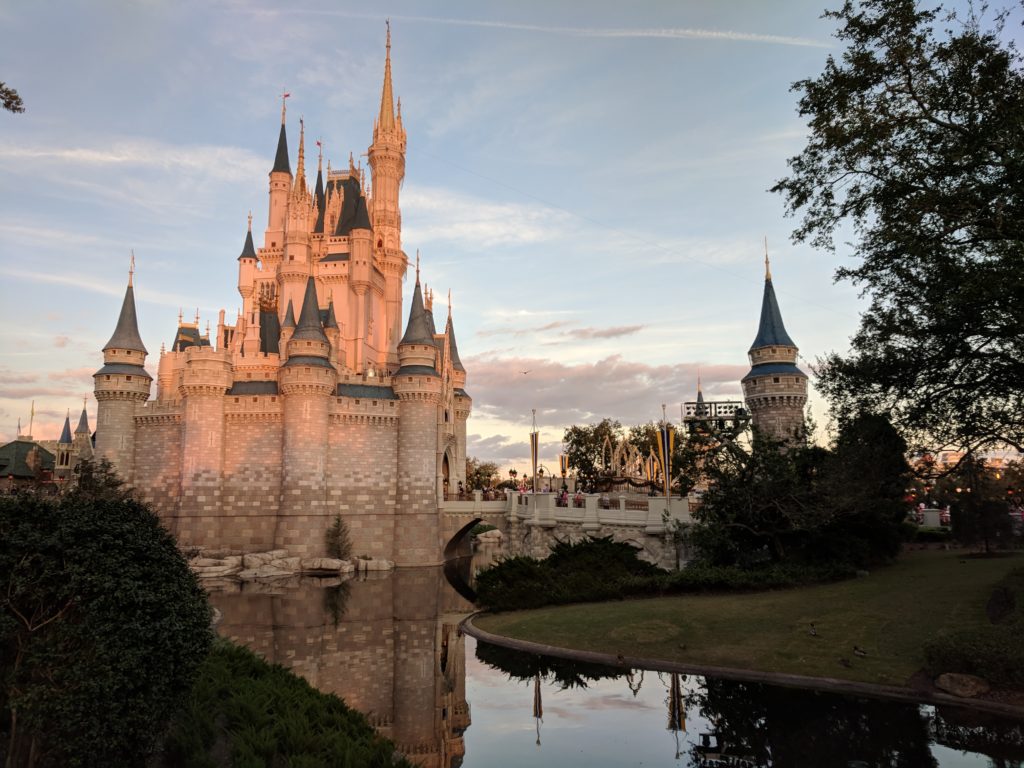 When I got the opportunity to take Brianna to Walt Disney World, I jumped at the chance. Sure, because I wanted to take her, but also because, like most grown-ups, Iâ€™m a kid at heart and I was eager to explore the most magical place on earth, without my parents keeping me on a leash (almost literally) and with a little more money in my pocket.

The timing of our trip couldnâ€™t be more perfect. Like celebrating Christmas in New York City, the holidays at Walt Disney World is something that you have to see to believe. Around every corner are all the sites youâ€™re used to seeing in commercials and your friendsâ€™ photos, but with a dash of Christmas magic. Backed by a beautiful blue sky, while itâ€™s different to celebrate the holidays without several feet of snow, I think itâ€™s something I could easily get used to.

One of the great things about Christmas at Walt Disney World is a special event called Mickey’s Very Merry Christmas Party, where for an extra cost (start at $89 USD), park-goers can enjoy the grounds until midnight, with a slew of extra special Christmas surprises like a special Mickey concert, a new Frozen spectacular, not one, but two Santa Claus parades, which of course feature all your favourite Disney characters too. Thereâ€™s also Christmas-themed treats located around the park, and the rides are open until the strike of midnight.

The day my niece and I were at the park, we decided to go full-Disney and were at the park from the minute it opened and we were one of the last people today a few minutes past midnight. And you know what? Sure we could have used a nap, but we had just barely scratched the surface of all the things to see and do at the Magic Kingdom, which seemingly double during Mickey’s Very Merry Christmas Party. 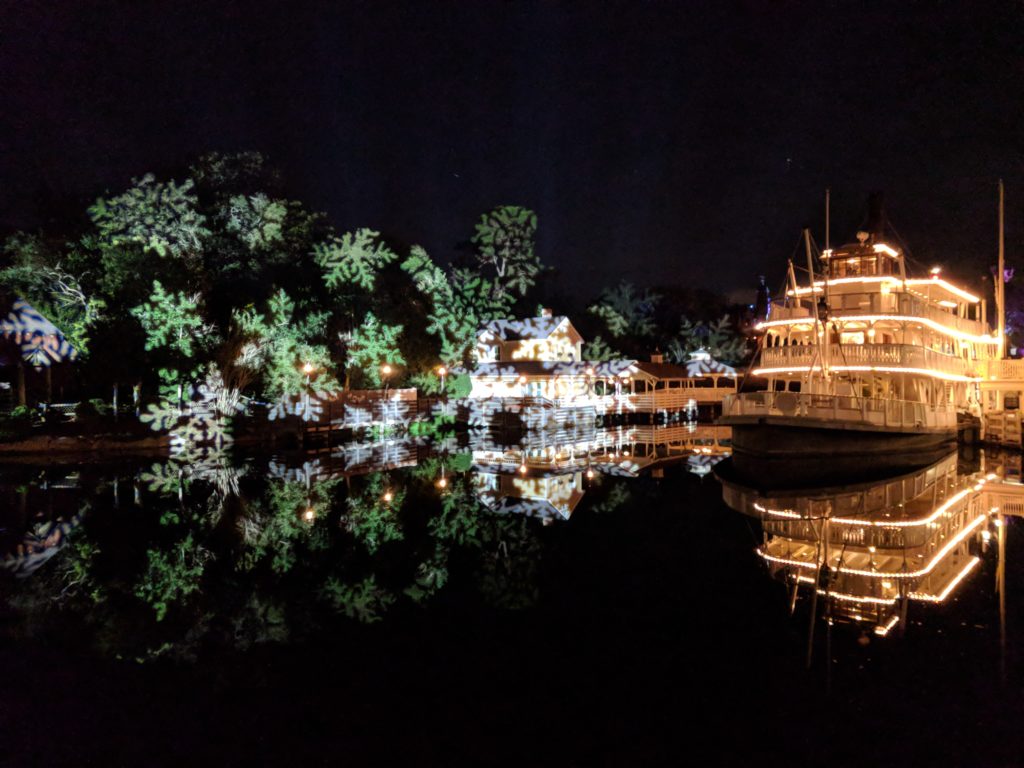 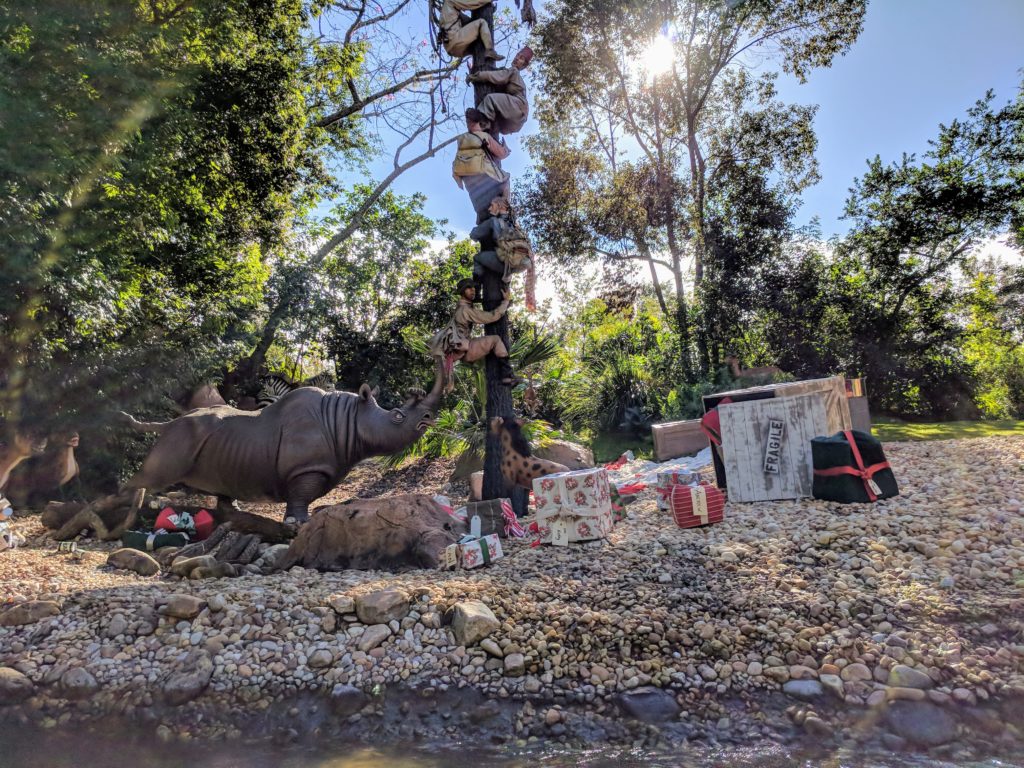 If a full day sounds exhausting to you, and it should, enjoying every second of amusement parks is my super power, you can also just buy a ticket to Mickey’s Very Merry Christmas Party, which gains you access to the park starting at 4pm, which means you still get a full eight hours to see the sights and ride the rides!

For me, one of the best features of the Mickey’s Very Merry Christmas Party ticket is the ability to enjoy the rides until midnight. Because, for the most part, the park gets a lot quieter, especially after 10pm, which means rides that you normally wait a long time to ride, become almost empty. In the evening, we were able to ride Space Mountain twice, pretty much back to back, and we rode Splash Mountain a total of five times, including the last log of the night. Iâ€™m not sure if that gets me a special Mickey badge of honour, but I feel like it should. 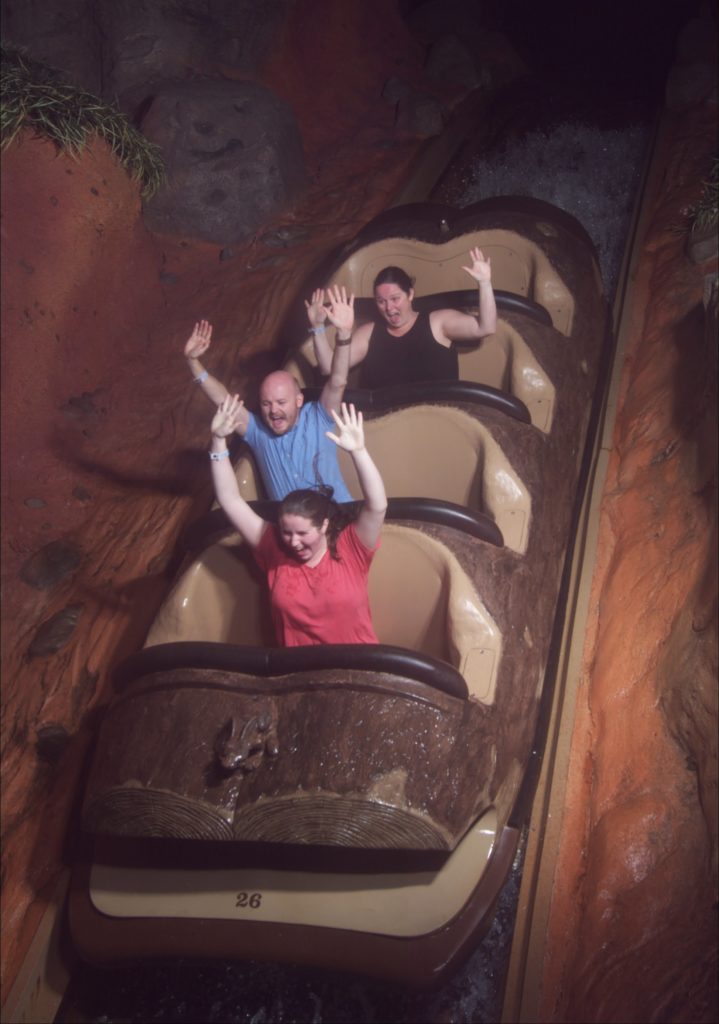 Another highlight for me was definitely the Once Upon a Christmastime Parade, which is a combination of the traditional Disney Parade mixed with a Santa Claus parade, quite literally the best of both worlds. The great thing about the parade is that it happens twice during the night, so while the earlier one is definitely more popular, if you wait until the 11pm parade, the route clears up nicely and it gives you the chance to explore the park at a quieter pace while everyone is watching the first parade. Same goes for the Mickeyâ€™s Most Merriest Celebration, which takes place several times throughout the night. So while those with younger families might feel inclined to see the earlier shows, if you happen to be traveling with older kids, or other grown-ups, skip the earliest shows which start around 7pm and come back a little later where you can watch all the shows, without the crowds. 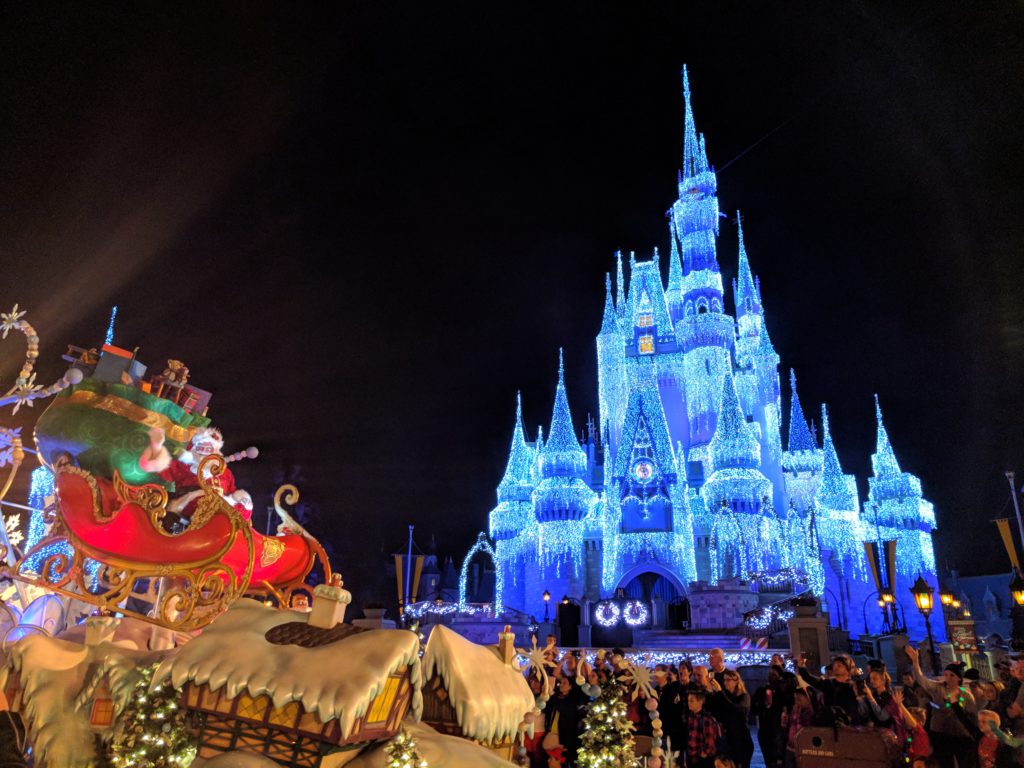 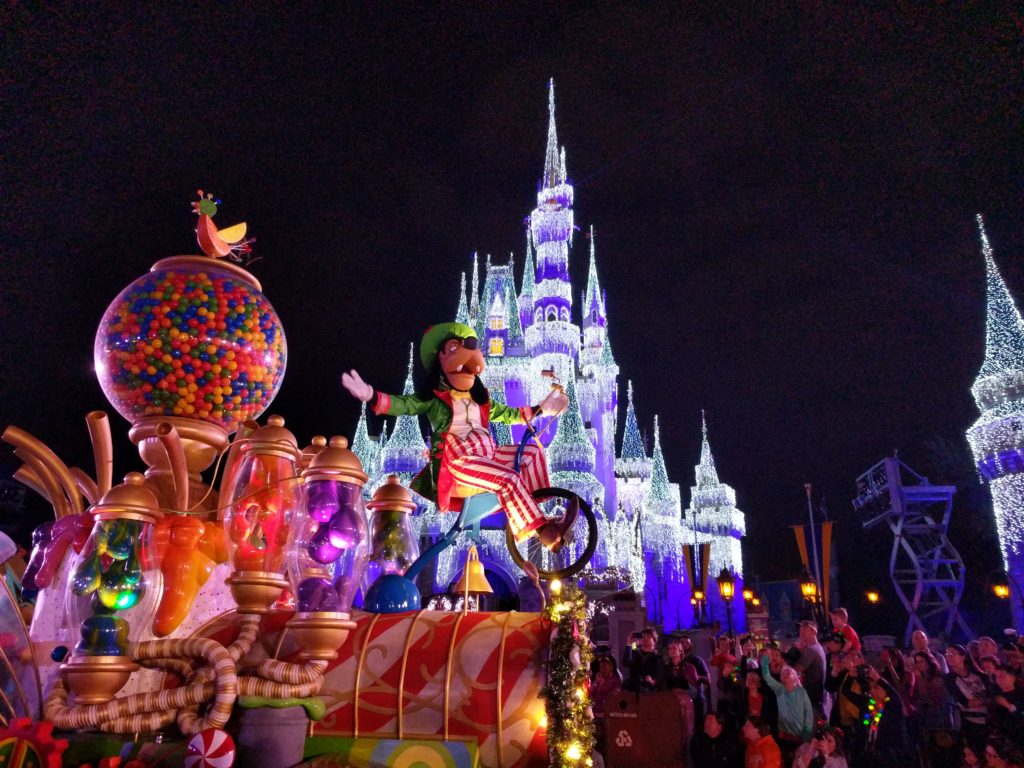 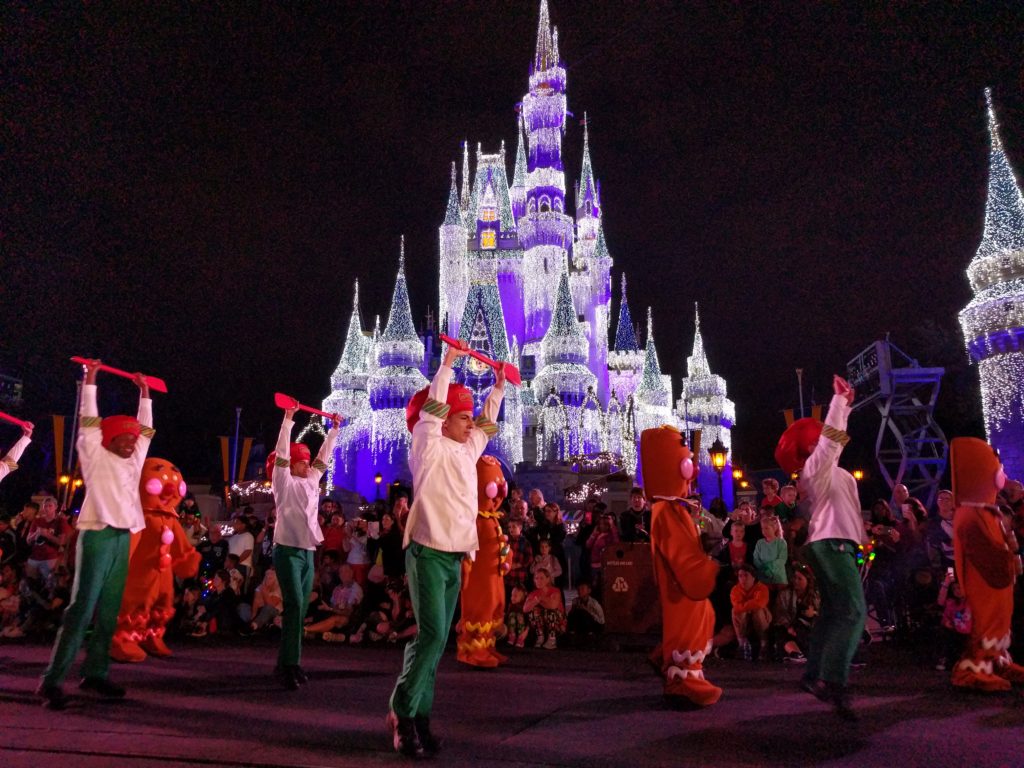 The next day, while exhausted, we got up and explored the other three parks all in one day, which included Animal Kingdom, Epcot Centre and Hollywood Studios. And while they don’t do anything like Mickey’s Very Merry Christmas, all the parks’ halls are definitely decked withÂ  boughs of holly. 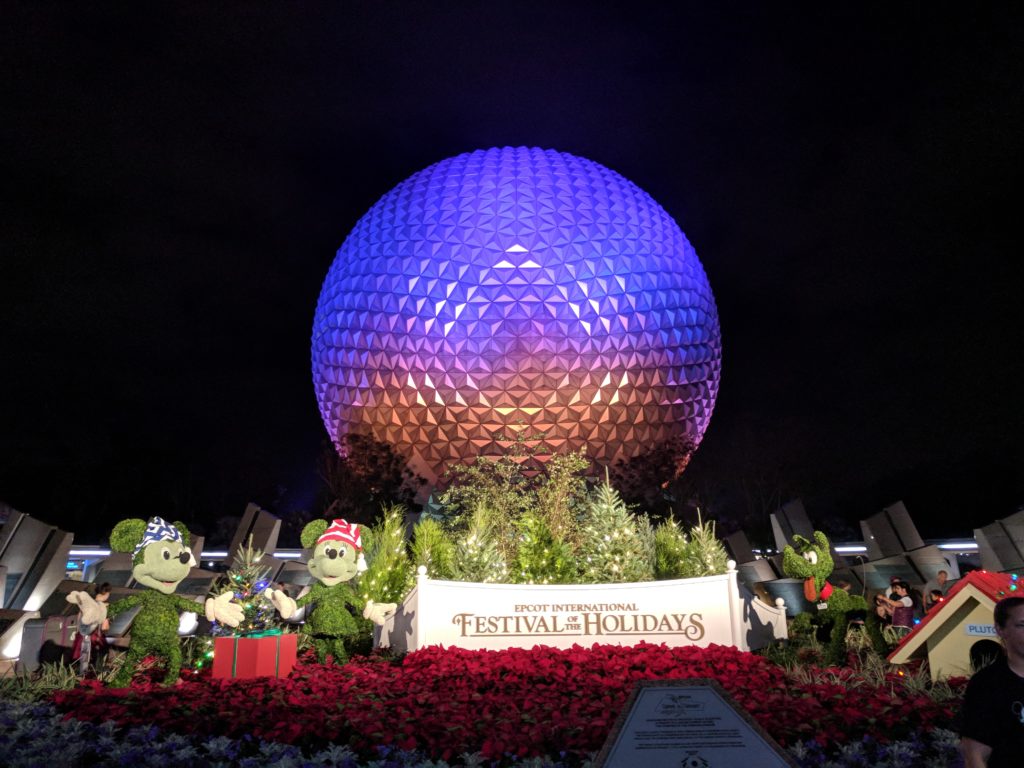 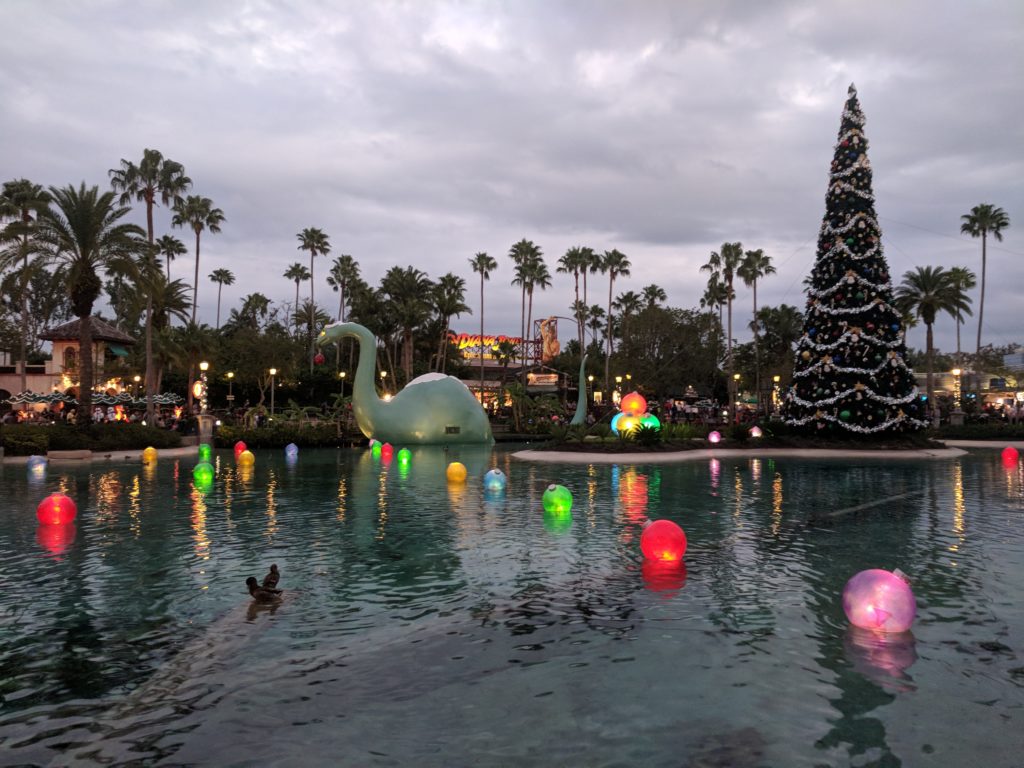 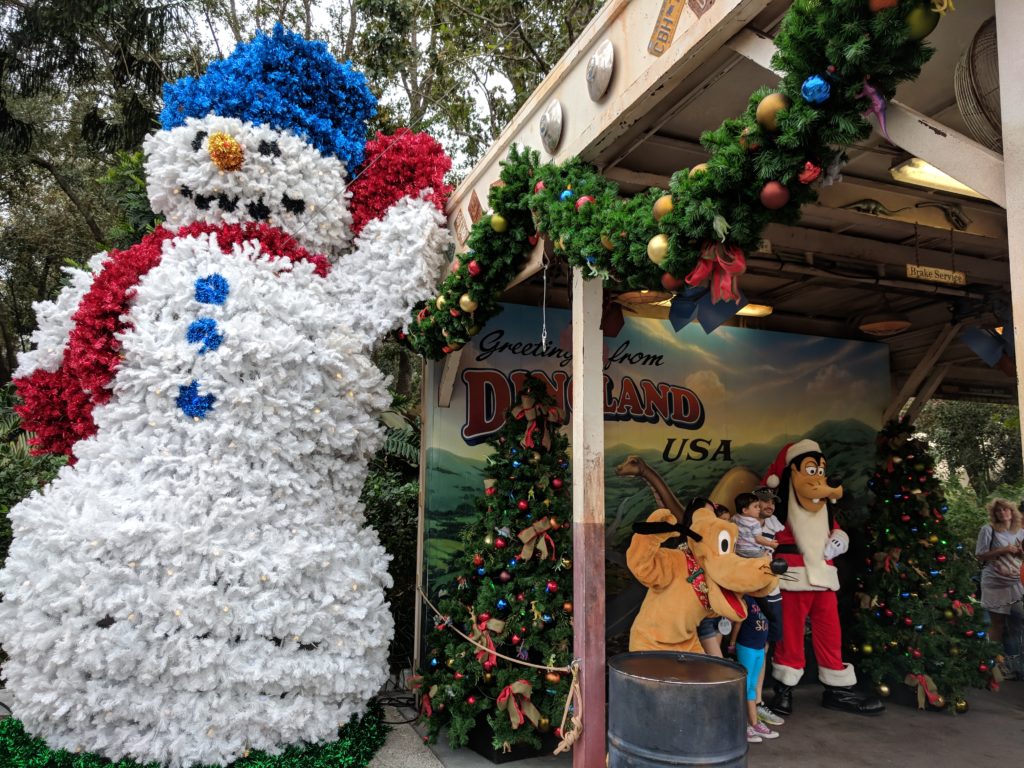 I think one of the reasons I loved Christmas at Walt Disney World, was because it’s a rare sight. To see the parks decorated in such a special way, you really have to be there in November and December. Our Disney experience was completely different than those would perhaps go earlier in the year, and I would have it any other way.

And for those asking, yes, I did subject my niece to my love of re-creating photos of places that I was lucky enough to visit when I was a kid…although I did get the positioning wrong. Oh well, it gives us a millionth reason to go back someday. 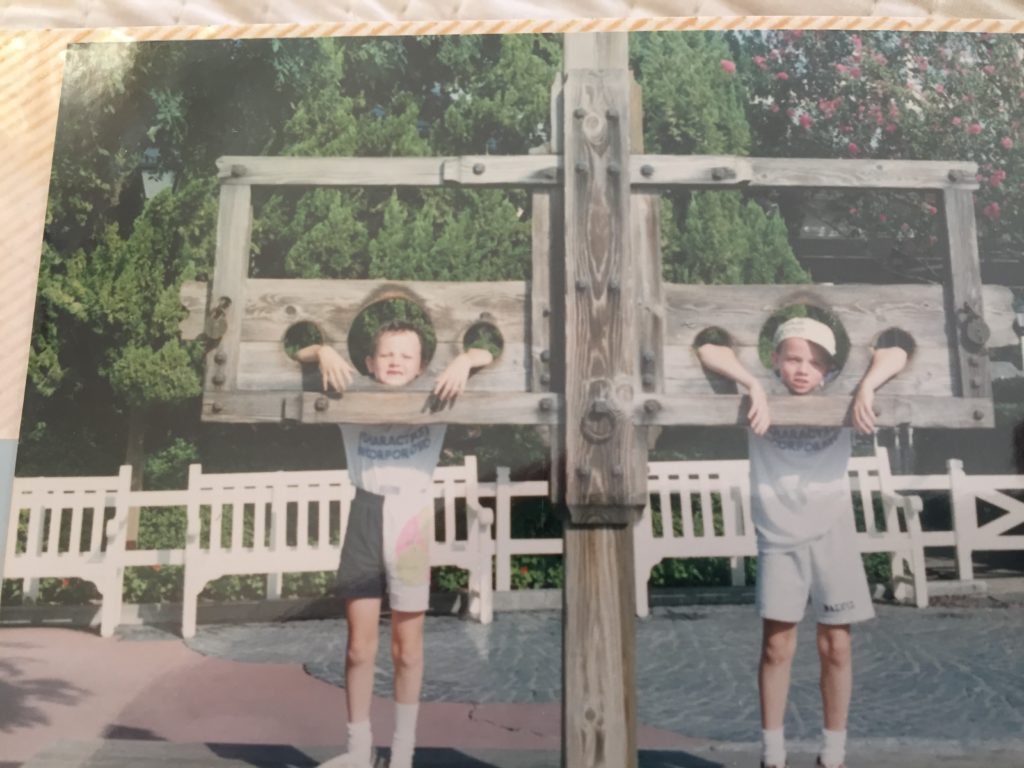 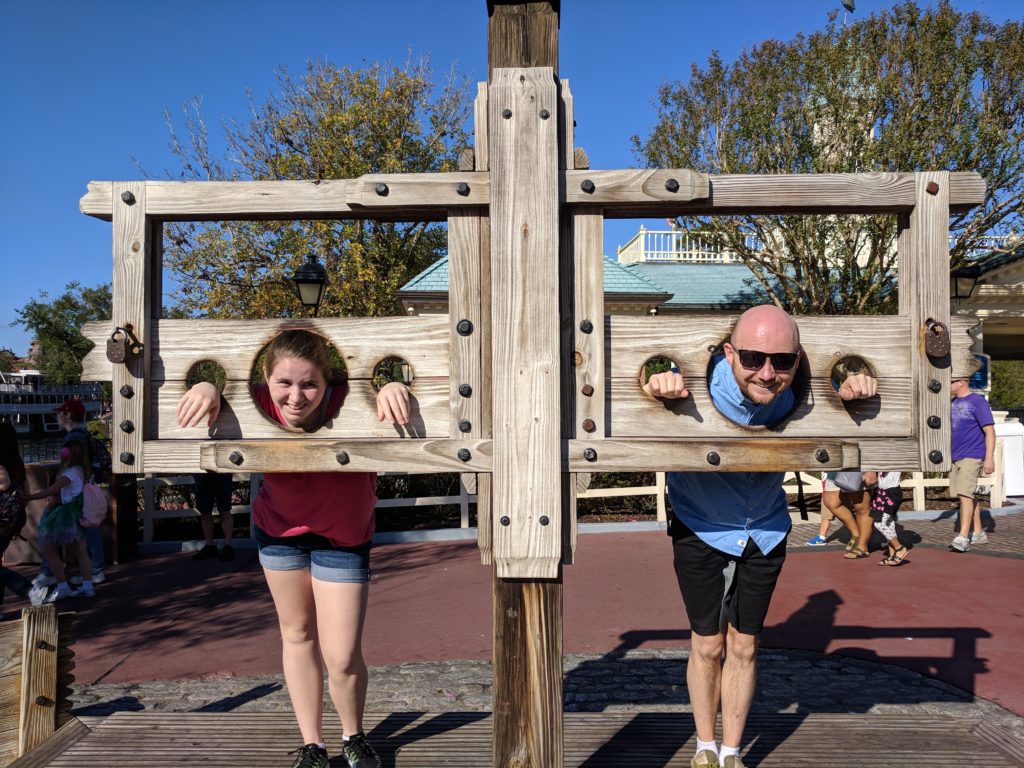