When it comes to thrift stores I’ve never had much luck. I always hear stories of people finding great things, but I’m not one of them. Actually, I think the last time I was at a thrift story, I bought some stuff only to re-donate it back to the store the next day, it’s just never worked out.

Recently, she spotted what looked like a real space suit hanging up at a vintage store along Queen St. West in Toronto. It was $40, marked down from $80. She took a closer look and it had the named Hadfield on it. As in, Chris Hadfield.

As luck would have it, Wong is actually Facebook friends with Chris Hadfield, so she messaged him and after asking her some questions like, “Does it have a puncture mark in the badge?” he confirmed that it was his suit! 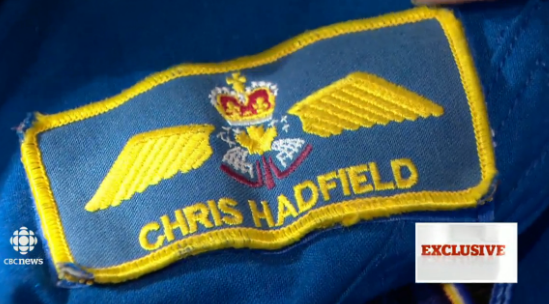 Hadfield doesn’t know how it ended up in a vintage shop.