Chicago: A Day of “Best Evers!” 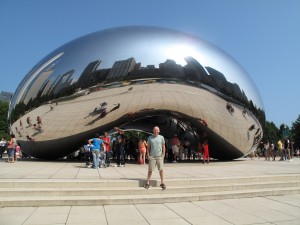 So I have a bit of a problem and I was wondering if you could help.Â Â  You see, I’ve been in Chicago since Monday and I am supposed to leave.Â  The only problem is I really don’t think I can.Â  Not because of passport issues or anything yet, but because I’ve fallen in love with this city as quickly as a reality star with a camera.Â  Honestly, does everyone else know how cool Chicago is?Â  Because it is pretty freaking cool. 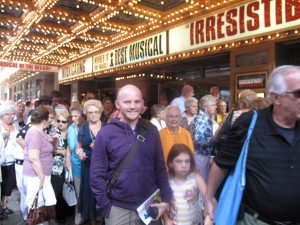 Just yesterday alone, I had the absolute luck of seeing two amazing shows on two very different spectrums.Â  The first was the broadway production of Billy Elliot.Â  I had always heard really great things about it, but I never saw the movie and I thought maybe the whole thing would have been lost on me.Â  But after posting it on Twitter, I was convinced that I could not be in Chicago and not see the show.Â  And boy am I glad I did.Â  I actually have to apologize to the audience who watched Billy Elliot with me, I was the bawling mess who was laughing hysterically the whole time.Â  Honestly, I was shocked at how good the entire production was. I really gave it some thought before I said it, but I really thing this was the best show I’ve ever seen.Â  Sure Lion King and Les Mis are bigger and more grandeur, but what Billy Elliot was able to do with relatively small production and some unbelievable kids was absolutely remarkable.Â  I feel like a better person for having seen the show. 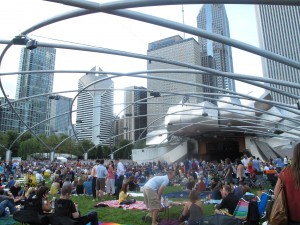 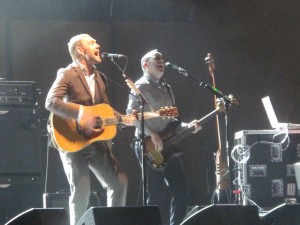 I don’t really have to tell you how good the show was,Â  It was David Gray, Ray LaMontagne and Serena Ryder, you know how good the show was.Â  It was actually funny because Serena only played four songs and everyone was so curious to who she was, they were shocked when I told them she regularly played sold out shows in Canada on her own. As always, Serena represented Canada perfectly! 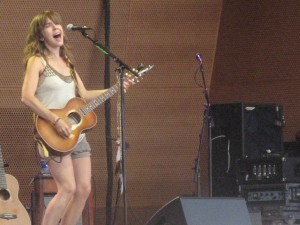 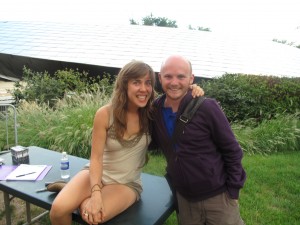 David Gray was touring in support of his newest album Foundling.Â  I could be very wrong, but I think he only played one song from it.Â  The rest of the show was filled with David Gray’s best songs.Â  And even though I saw him in Calgary just a few months ago, thanks to Calgary’s uber-conservative concert-goer ways, it was waaaaaay better seeing him the second time around.Â  The entire audience was on their feet the whole time.Â  Any Calgarian will tell you that this is a huge no-no in our fair city.Â  Gray is one of today’s most consistent performers.Â  Luckily for us, that consistancy is usually absolutely perfect. 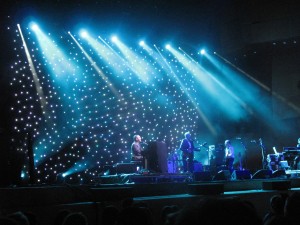 When I got back to my hotel, I posted this message as my facebook status: “I’ve never been married or had a child, but I don’t see how either of those things could top my day today!!!”Â  I don’t know if Chicago is supposed to the city where dreams come true, but save from not having a bath in a tub full of McLobsters, today was pretty damn close.

So what do you got for me Canada?Â  Chicago’s made a pretty strong showing this week!Â  Oh that’s right, McLobsters.Â  See you tomorrow!