Checking out of ER 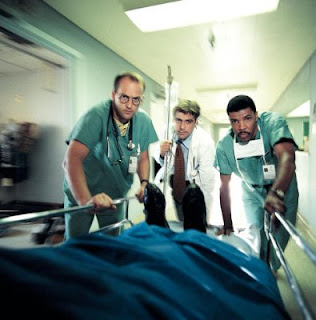 If you stopped watching ER years ago, you might want to tune in before it’s too late.

NBC announced today that the series finale of the long running series will be March 12th. So far a couple of old cast members have made returns for the final seasons. Still no word on George Clooney.

My guess: The final shot of the series will be of a smiling Doug Ross.