Checking in with the Fall TV season. 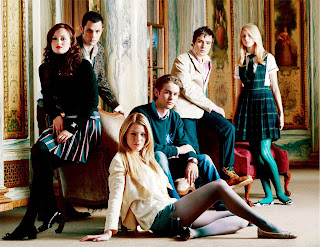 Right now TV is unbelievable, I mean really I cannot remember the last time so few new shows hadn’t been cancelled. We are almost two months and the only show that has been officially cancelled is Viva Laughline, while it doesn’t look like one of my guilty pleasures Nashville will be coming back any time soon.
So many of the new shows have already been picked up for the rest of the TV season or at the very least the networks have asked for extra scripts to see where the story is going. So far shows that are either safe or growing safer by the day include: Pushing Daisies, Back to You, Gossip Girl, Dirty Sexy Money, Chuck, Aliens in America, Carpoolers, Reaper, Big Bang Theory, K-Ville, Kitchen Nightmares and Samantha Who?
Some shows are still waiting for a little loving, they include perhaps the over hyped The Bionic Woman and suprsingly Cavemen seems to be sticking around although nothing is official.
So which of these new shows have so far been worth sticking around for?
Right now my must watch is Pushing Daisies. It is still fun and original. I think I also love tuning in to see where the writers are going to take the show with a fairly limiting premise. My question is this: How long will they be able to keep the Piemaker and Chuck apart? The audience will eventually need a little bit of a payoff (ross and rachel, jim and pam) but since these two characters can absolutely never touch, what kinda payoff our we waiting for?
My second favorite has to be Samantha Who. This show just kills me, I think right now it is getting the highest Laugh Out Loud ratio out of all the comedies on TV right now, sorry 30 Rock, but it’s close I promise!
Obviously the biggest guilty pleasure is still Gossip Girl. I like that I can turn my brain completely off and watch what is essentially Cruel Intentions: The TV show. While I do find it alarming how a show can promote such dangerous lifestyles for teenagers that mostly watching it, like I said, I like to turn my brain off and not worry about other peoples kids. The guilty pleasure category also includes Dirty Sexy Money and Kitchen Nightmares. I just wish Nightmares was more like it’s British version where Gorden doesn’t just come in and essentiall extreme makeovers their restaurants. It just seems all to easy!
I watched the first two eps of Back to You and haven’t checked back it again, sorry Kelsey, I’ll get back to ya.
I keep meaning to watch the CW’s Aliens in America. I’ve heard wonderful things but just haven’t gotten around to it, I hope I’m not missing anything to perfect, I don’t want another Friday Night Lights incident on my hands. 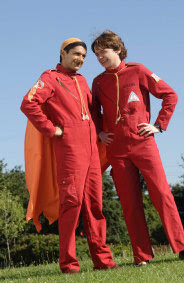 I’m still undecided on Private Practice. I honestly think the issue is that I know these actors too well and it’s hard for me to see them as these characters. But every episode is getting better than the last, but judging from where it started we still got a while to go. Also, would it kill Addison to make a little reference to Seattle Grace, I mean she did leave behind three different men including her ex-husband, who she left with on good terms no? Come on Addison, take a cue from Joey’s demise!
So what show should I be watching or should stop watching, thanks to my Tivo I’m pretty flexible!