You know how when you think you know someone, but they go ahead and surprise you? Well, thatâ€™s what Sunshine Village did for me. Hands down, itâ€™s one of the most famous ski hills in all of Canada. Even growing up on the east coast, I had heard of it. And thereâ€™s a very good reason itâ€™s famous. The hill has more than 100 runs and reaches a top elevation of almost 9,000 feet!

But did you know that beyond skiing, Sunshine Village also offers up some of the best snowshoeing in Canada? Now, over the past couple of years Iâ€™ve been learning to ski, and I love skiing. But a lot of people equally enjoy snowshoeing and Iâ€™m definitely one of them! So I definitely wanted to see what it would be like to snowshoe on top of a mountain!

Just checked into the Sunshine Mountain Lodge! A hotel so high up, you have to take a gondola to check in! pic.twitter.com/KXNmf7O7gq

One of the reasons people love Sunshine Village is the unique opportunities it offers its visitors, because one youâ€™ve reached the parking lot, you still have a ways to go to get to the actual village. In fact, you have to take a fifteen-minute gondola ride to get to the bottom of the actual ski hill. Itâ€™s that high up. And even when we have winters like this one, where there doesnâ€™t seem to be a ton of snow, youâ€™d never know that by the time youâ€™re finished the gondola ride. Because even in April, Albertaâ€™s ski hills are still a snowy paradise. Thatâ€™s why they stay open until Victoria Day weekend! 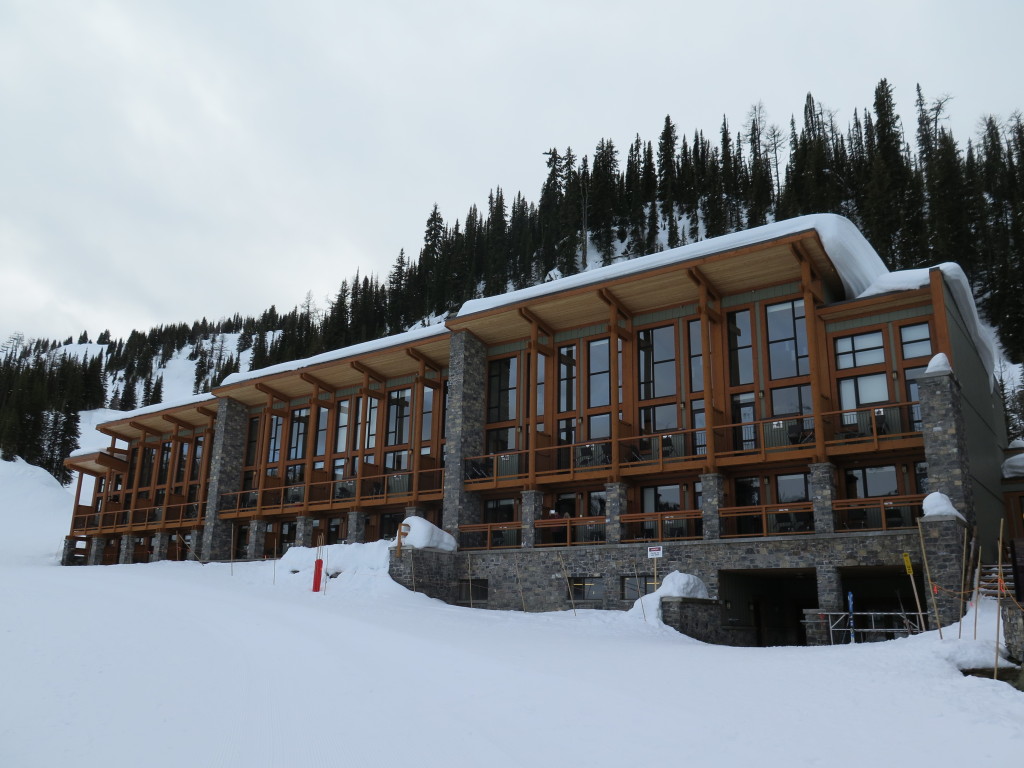 If you decide to check out Sunshine Village for skiing or snowshoeing, you actually have the option of staying at a hotel, which is perfectly situated because itâ€™s literally beside the hillâ€™s chairlifts. I didnâ€™t try, but Iâ€™m pretty sure I could have jumped onto the chairlift from my roomâ€™s balcony. Now, this does mean that you have to do some planning, because the gondola closes at 5pm, so once you’re up there, you’re up there. But the village does have all the necessities: beer and delicious food. But also a little convenience store and activities to keep you busy long into the night.

Iâ€™ve written a few times amount staying in remote locations in Alberta, but I really liked the balance that the hotel at Sunshine Village struck. Itâ€™s both remote because really the only people on top of the mountain with you are hotel guests and employees, but also your room is just as nice as any hotel Iâ€™ve stayed in. And yes, they have wifi. Beyond the cool factor of staying in a remote mountain top village, the hotelâ€™s best incentive is that you pretty much get first access to the hills next morning, because while people are still driving up to Banff, youâ€™ve already enjoyed a great breakfast and are walking up to the chairlift…or jumping from your patio. Whichever way youâ€™d prefer.

While the majority of people go to Sunshine Village for skiing, I was really looking forward to going on this snowshoeing adventure because it gives you the chance to walk among mountain peaks and endless valleys that you normally have to climb up to. Not that thereâ€™s anything wrong with epic hikes to mountain peaks, but sometimes if you can cheat a little, why not take it?

Remember, before you even you’ve put your snowshoes on, youâ€™re pretty much already on top of a mountain. Then you take a chairlift up to the top and then you simply start snowshoeing down into Sunshine Meadows. On this particular day, we had an amazing professional guide named Magda. She knew more about nature than Mother Nature and filled so many moments with wonderful factoids about the mountains and terrain both around and underneath us. While anyone can go snowshoeing in the meadows, I definitely felt safer having a knowledgeable guide with us. The fact that she was fun and encouraged us to run, jump and slide down the hills, was an added bonus.

A video of us sliding…on our snowshoes at @SunshineVillage. pic.twitter.com/bxMMFOu2cR â€” Mike Morrison (@mikesbloggity) April 2, 2015 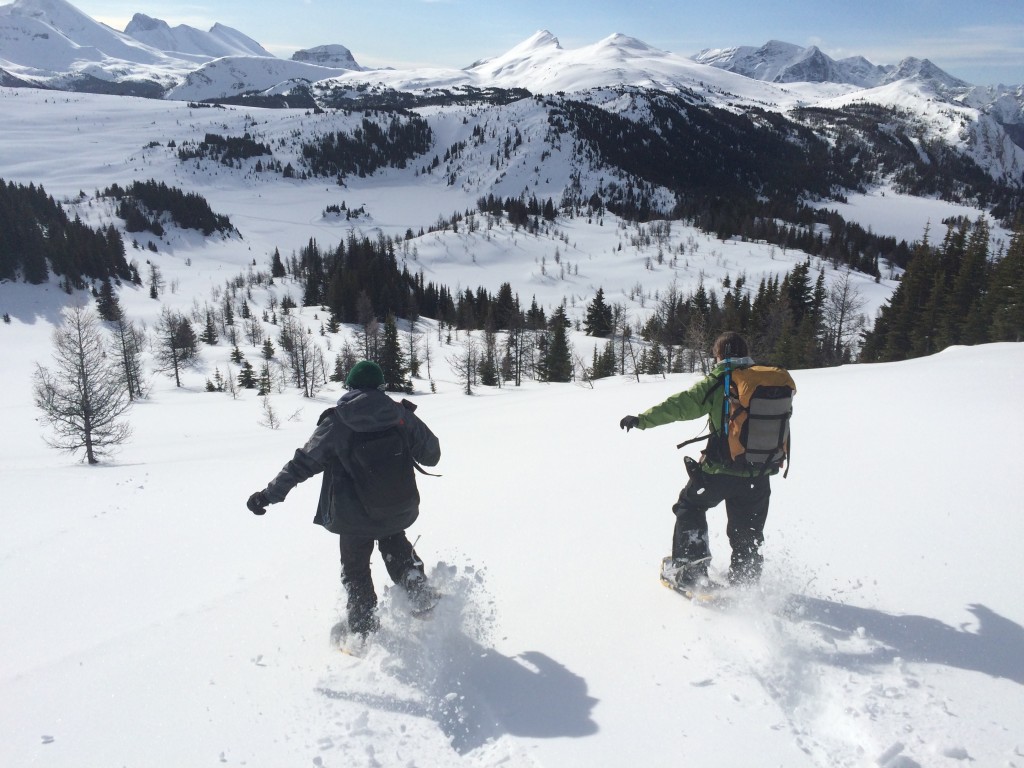 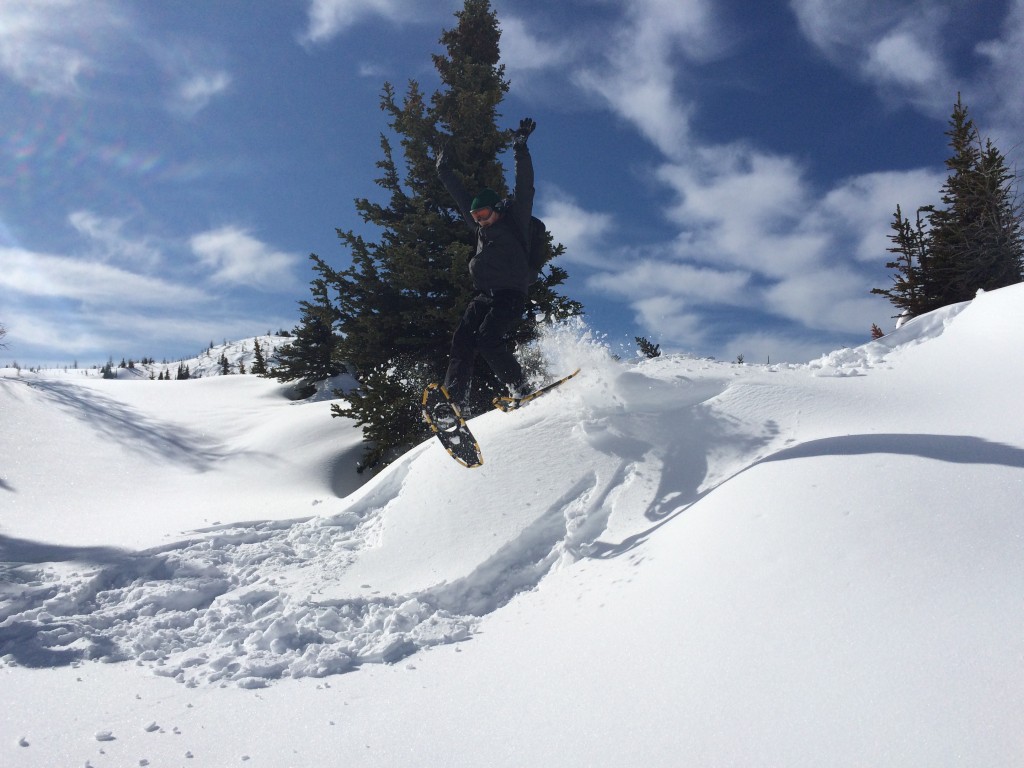 Over the past couple of years, Iâ€™ve really been enjoying snowshoeing more and more. Itâ€™s an accessible sport and itâ€™s one of those sports that you know isnâ€™t really a sport, but if you say itâ€™s a sport, no one is going to really argue with you, so then you can say you do sports, which for people like me, is always fun and unexpected.

I think we were out snowshoeing for about three hours, but honestly it went by in a flash. When youâ€™re at a place like that, your eyes and mind never get tired of taking in the scenery. A place like the Sunshine Meadows can sometimes be really hard to appreciate, simply because there is so much to take in. And on a beautiful day, when thereâ€™s a few clouds, but mostly blue sky and pure sunshine, I could have spent many more hours just walking around, taking photos and enjoying the scenery. One of the sights Iâ€™ll never forget was the amount of untouched snow. It went on for as far as the eye could see. It was incredible! It never ceases to amaze me that places like this are only ninety minutes from Calgary. 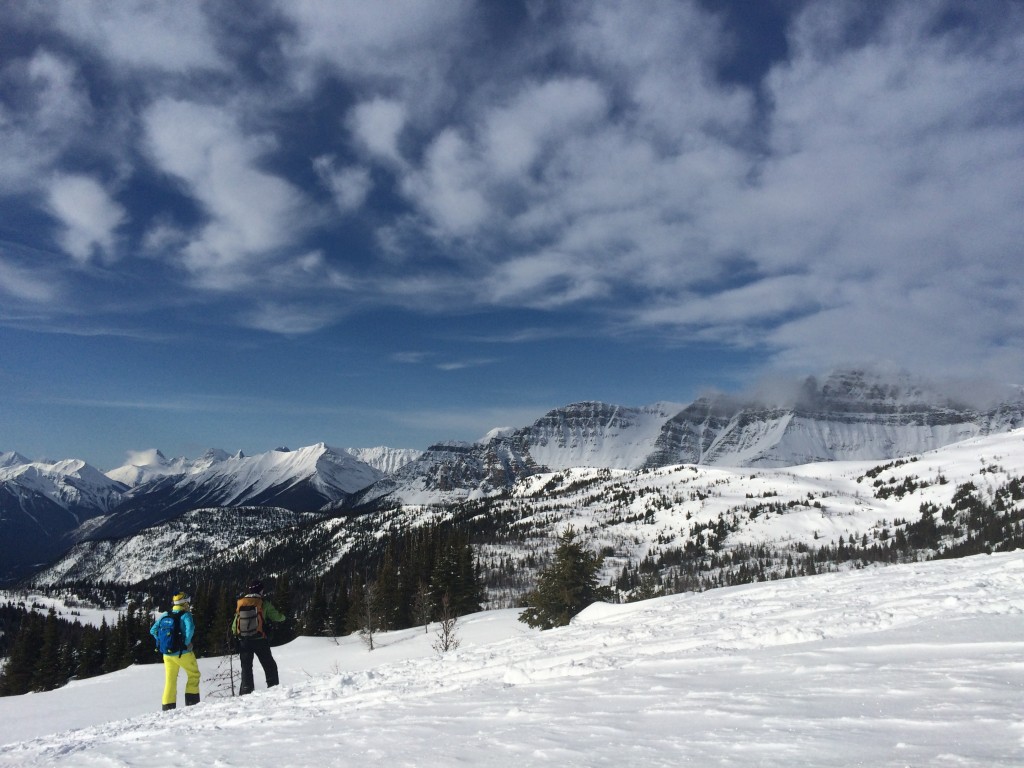 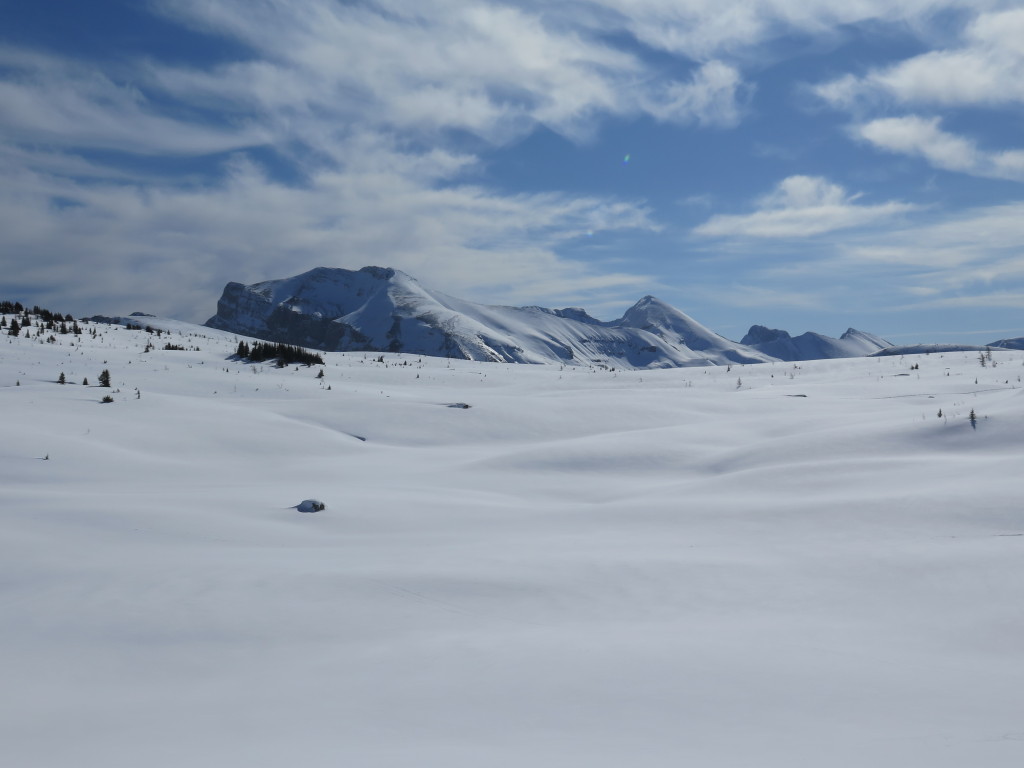 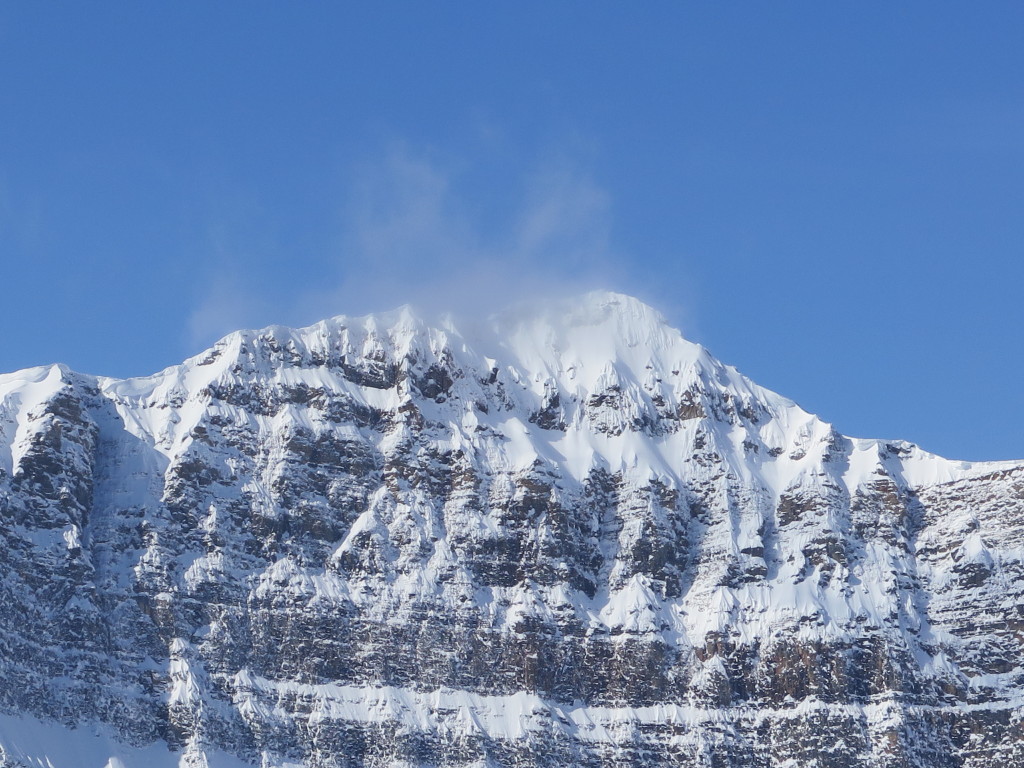 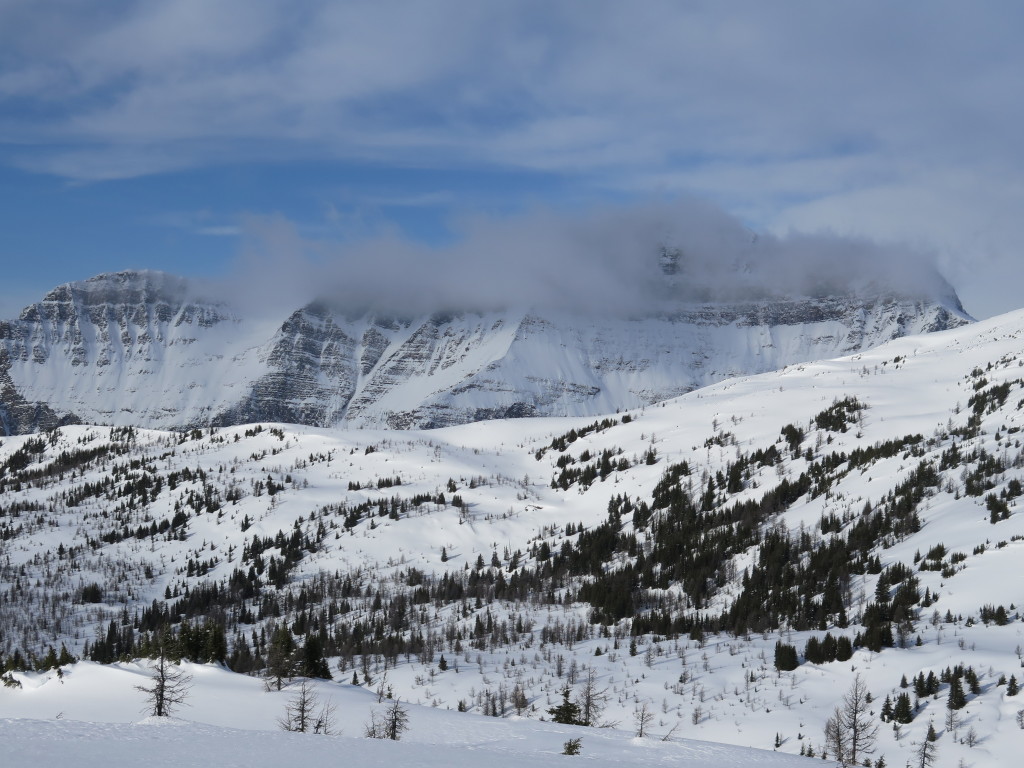 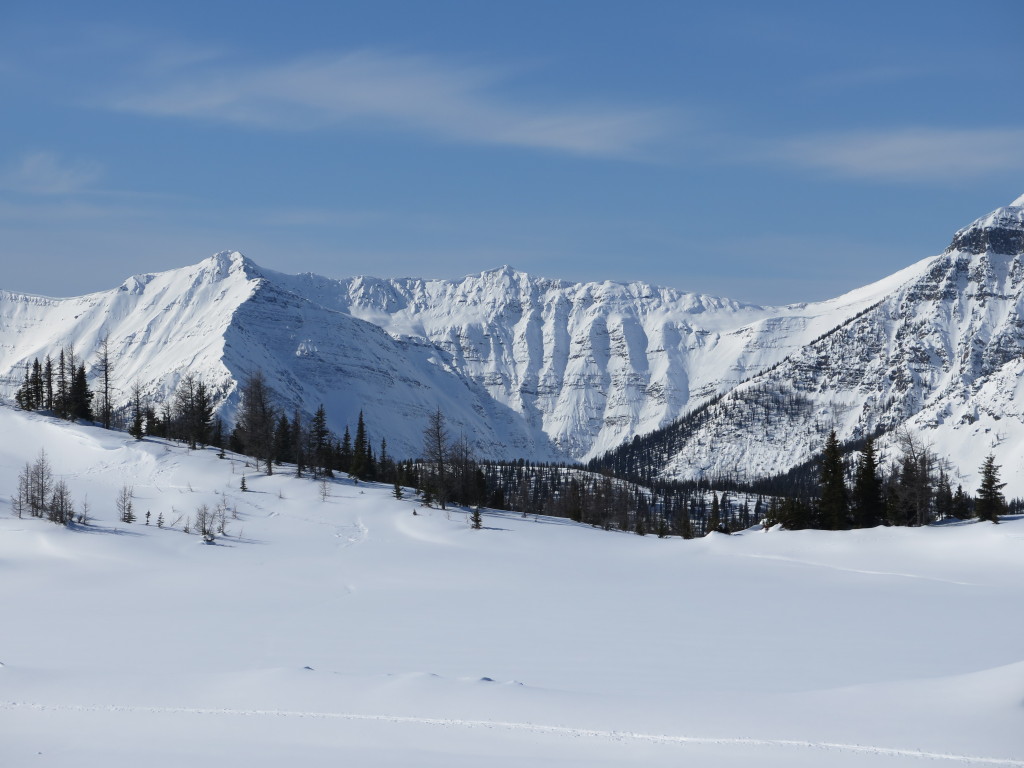 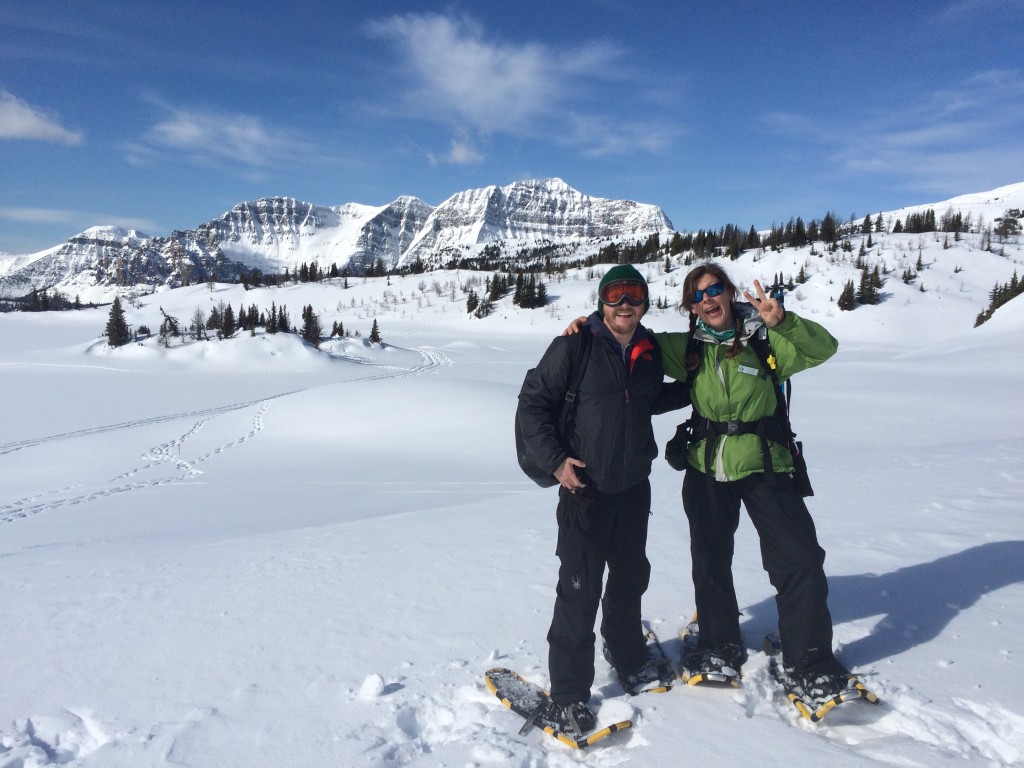 Snowshoeing at Sunshine is available Tuesday through Saturday until May 18, 2015.
Check out their website for more information.