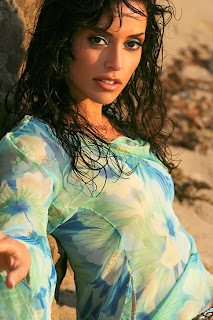 So a couple of weeks ago I hinted at something big going on for me. I think I labelled it as a big “secret”. Well for future reference, when I say surprise I actually mean it’s probably going to happen , I’m just in shock that it is actually going to happen to me.

Well about a month ago I was approached by Opulence Magazine which is a lifestyle magazine here in Calgary with circulation in Edmonton and Vancouver to be their new Entertainment writer! My first assignment was to interview Emmanuelle Vaugier for what I think is the COVER story for the magazine this fall.

It’s okay if the name Emmanuelle Vaugier doesn’t ring a bell because you have definitely seen her before. Just check out here 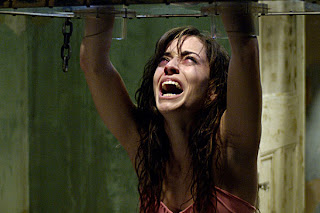 Anyway, I had the most amazing conversation with her today. I was completely nervous but once we started chatting we had a great time. She is really funny and definitely a good sport with my off-centre questions and comments. We talked about Saw, The Hills, Charlie Sheen, Fashion, Vancouver, Montreal, reality TV, shopping, how she is perceived on the internet and some of her upcoming roles. Plus she promised to hold my hand and take me shopping at the very intimidating Holt Renfew next time she was in town! It was really really great!

But in true Michael fashion things didn’t go according to plan when I realized my phone at my office doesn’t have speaker phone (don’t worry, it was during my lunch break). Do you know how hard it is to record someone’s conversation on the other end of the phone when you don’t have speakerphone? That is why I had to resort to this. But don’t worry….I didn’t tell her: 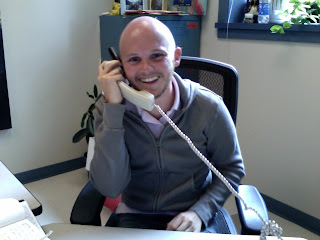 Notice the tape recorder in my hand.

I believe the article will be coming out this fall but don’t worry, you know you will get all kinds of notice!