Charlie Sheen is coming back to Canada! 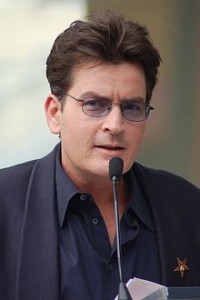 Ugh. This is one blog post that I was hoping to not have to write.

Charlie Sheen is coming back to Canada…at least on our TVs.Â  CTV just announced that drug addict Charlie Sheen will returning to the Canadian airwaves with his new “comedy” series Anger Management. Â  The show will start in production in early and likely delayed in definitely by around mid-2012.

The announcement was actually done in a taped segment that aired on CTV earlier tonight.Â  In the message Charlie addressed Canada, saying, “You seem like the nicest people in the world,” he said. “But I know the truth. You’re holding in a lot of anger. Why else would you drink so much beer, put on shoes with sharp blades, and smack each other around with wooden sticks?”

I’d like to take this opportunity to remind everyone that CTV currently has ZERO Canadian scripted comedy* series in production.Â  Ugh.Â  I hate Charlie Sheen.

*In an earlier post, I neglected to include the word comedy.