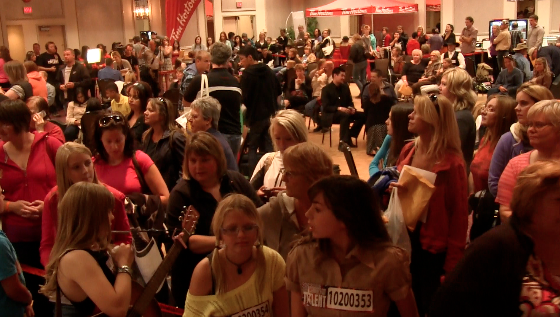 A couple of weeks ago, I mentioned the live theatre tour for Canada’s Got Talent that would be coming to Calgary, but now Citytv has announced all the cities that will be holding, what is considered by many as the best part of the whole audition process.

At these shows, you’ll be able to laugh, cheer, jeer and boo as the contestants battle it out to make it to the first season of Canada’s Got Talent and eventually win the grand prize.  The footage will make up the first few weeks of audition episodes, when the show premieres next year.

Here are the dates:

Viewers and listeners can tune in to Citytv, Breakfast Television and Rogers Radio stations in local markets for a chance to win tickets to the Live Theatre Audition Tour. In addition, tickets are also available free of charge at www.canadasgottalent.com. Tickets are available on a first come, first served basis, with limited availability.