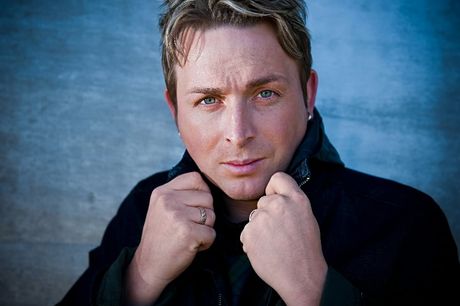 Just days after I put away my cowboy hat, the Canadian Country Music Awards announced their nominees and ladies and gentlemen, Johnny Reid cleaned.up. With a total of six nominations, he leads the back in a year that saw Canadian country artists make waves all around the world.Â  But don’t feel too bad for the other nominees, Dean Brody, George Canyon, Gord Bamford and Deric Ruttan all picked up multiple nominations.

Mr. Reid and his piercing blue eyes picked up nominations for Fansâ€™ Choice, Single of the Year, Songwriter of the Year and CMT Video of the Year for â€œToday Iâ€™m Gonna Try And Change The World,â€ Album of the Year and Male Artist of the Year.Â  Okay, his eyes didn’t get nominated, but that’s only because my mom was not on this year’s jury.

Dean Brody is nipping at Johnny’s frosted tips with five nominations of his own:Â  Fansâ€™ Choice Award, Single of the Year for â€œTrail In Lifeâ€, Album of the Year, Songwriter of the Year and Male Artist of the Year.

The list of the show’s performers are equally impressive, so far Paul Brandt, Dean Brody, George Canyon, Terri Clark, Doc Walker, Emerson Drive, Johnny Reid and the internationally acclaimed Ronnie Dunn have all signed up to perform in Hamilton on September 12th.

Somewhere the Wilkinsons are carefully planning their comeback.

The Canadian Country Music Awards will be announced live on CBC on September 12th!Â  Good luck to all the nominees!