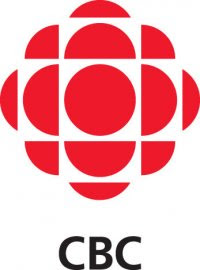 What are you doing after work tomorrow?

Why not save the CBC!
A group of concerned Calgarians will rally outside the CBC Calgary building Friday, April 17, in response to recent job and programming cuts to the public broadcaster.

In March, the CBC announced plans to shed 800 jobs across the country because of a $171 million budget shortfall. The federal government turned down a loan request from the broadcaster, and now there will be less Alberta programming on the CBC, as well as less Canadian programming countrywide.

Canada Live on Radio 2 will carry fewer concerts from southern Alberta. Radio One provincial affairs show Wildrose is being halved from two hours to one, and cuts to the news department are on the way.

The CBC is clearly valued by Calgarians (Radio One has the largest audience of any radio station in the city). The rally will bring attention to the impact of these cuts and stress the importance of the CBC to Canadian identity.

Calgarians of all political stripes plan to attend. This is the fourth pro-CBC rally Canadians have held in recent weeks, and the first one to happen west of Ontario since the cuts were announced.

Find out more information by checking out the Facebook page!
And it’s supposed to be beautiful all day tomorrow, so if anything, you’ll get a beautiful tan!
UPDATE: Â If you can’t make it or you already are happy with your tan, you can simply sign the petition. Â It’s probably best to do both!