While I’ve made no secret about how well I think CBC has been doing the past couple of seasons, I’m excited to see that a LOT of americans will soon be seeing so many of our great products too!

In the upcoming 2010-2011 television season, the Canadian network will be all over the states like me to a McLobster.  In case you don’t know, that a lot! 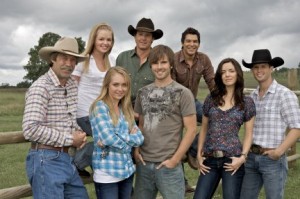 CBC’s biggest hit is Heartland and when it makes its USA debut this fall, it will be available in more than 94% of american homes. CBS, Tribune, Sinclair, Hearst and Lin station groups have all acquired the rights to air the show that is filmed here in Alberta. I’m a little nervous about how the story of a teenage horse whisperer will transfer to the States, but if the media gets behind the family friendly show, it should be able to find happier trails.  (Get it, see what I did there?) 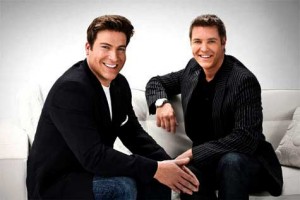 Steven and Chris will also have to make sure their passports are updated when they start their american media tour.  Their show, aptly named Steven and Chris will be making it’s american debut this fall too.  The home-decorating gurus will debut in 30 U.S. markets, including San Francisco, Sacramento, Pittsburgh and Indianapolis.  Not bad for a show that was canceled and then brought back by CBC just a few seasons ago!

And of course I can’t forget about shows like Being Erica and 18 to Life that have already made really successful transitions to Obama-world.

And if Men With Brooms looks as funny as the trailer, CBC should be able to find success on both sides of the border!

being erica, CBC, heartland, men with brooms, steve and chris