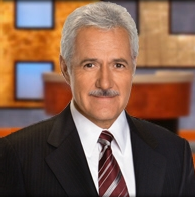 CBC announced today that they will not be carrying Jeopardy and Wheel of Fortune next season!

While the two shows were still bringing in huge ratings, the price of them was just too expensive.Â  CBC was paying upwards of $20 million for the American made shows and with the recent Government cuts, that have left the network reeling, they simply couldn’t afford the popular game shows!

Those who are already nervous about the networks ratings might think that this is a bad decision, given how both Wheel of Fortune and Jeopardy tend to bring audiences to the CBC, who then stick around to watch shows like Mr. D, Dragon’s Den and Market Place. However, execs at CBC are confident that thanks to a stellar line up, they don’t need the expensive American game shows.Â  Don’t worry, the network isn’t going all Canadian.Â  CBC has no plans to drop Coronation Street, which has already been airing on that network for more than fifty years.

No word yet on if another Canadian network will pick up the shows.