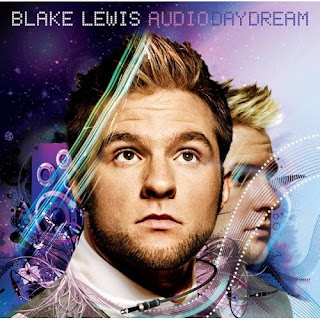 I’ve always felt bad for Blake Lewis. At first, I always confused him for fellow runner-up Travis from So You Think You Can Dance. Then he participated in one of Idol’s weakest seasons (Sanjaya!) yet in which Jordan Sparks essentially won by default. Not to mention the fact that he got completely screwed over when he had to sing the god awful “winner” song, This is My Now.

But things started looking up for him when he got signed by Arista and released his first album. Audio Day Dream came out last December and despite a pretty catchy first single (Break Anotha) the whole thing never really caught on and sold only 300,000 copies. Which for a debut artist is okay, but for a debut artist that was watched by millions and millions of people, not so much.

I actually bought the album and I kinda think it’s okay. There are some good songs and some bad ones. But the good ones are groovy enough to help me get my groove on whenever that is necessary.

But today Blake Lewis’ bad luck continued when it was announced that his first album with Arista would also be his last. And with that Lewis joins the dubious group of Idols who have been dumped by their labels that already includes Rubben Studdard, Katherine McPhee and Taylor Hicks.

In honor of his short lived career I would like you to watch Blake’s one and only video for Break Anotha’. Actually just listen to it. They should have gotten Travis to do it. Do not watch it, because it is obviously and probably the professionally made video I have ever seen by an artist. Like it’s bad. Really, really bad. I’m warning you. Don’t watch it. STOP! DO NOT DO IT!!!!!!