Canadians get some Oscar love! 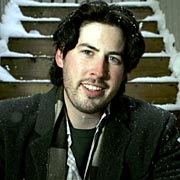 Canadians were well represented at this morning’s Oscar nomination announcements.

Two canucks, Jason Reitman and James Cameron, were both nominated for Best Director. And together, their two movies, Up in the Air and Avatar, picked up 15 Oscar nominations!!
Interestingly enough, the last time two Canadian directors were up against each other, it was Cameron and Atom Egoyan back in 1997, for Titanic and The Sweet Hereafter.
Other Canadians picked up nominations too!
Shockingly, this is Plummer’s first nomination. That doesn’t seem right, does it?
Congrats to all the nominees!!!