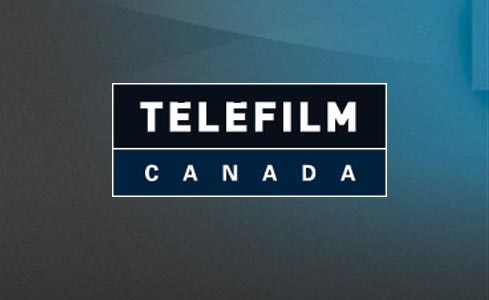 It’s not secret that Canadians are awful at going to see Canadian films.Â  Maybe it’s because the marketing budgets aren’t as exuberant, or the explosions as big as our American counterparts, but it seems like Canadians would rather support their stars like Ryan Gosling and Ryan Reynolds, then actually go see a Canadian film.

Telefilm is actually one of the biggest funders of Canadian projects, and they just announced their next five big funding projects and I thought I’d share them with you, you know, to see if any of them might peak your interest.Â  Are any of them the next One Night, Ginger Snaps or Men With Brooms?Â  You tell me.

The Boy Who Smells Like Fish (Ontario and Nunavut Region)
At first glance, Mica seems like a perfectly normal boy. But first glances can often be deceiving… For one, Mica’s house is now a museum dedicated to Guillermo Garibai, the legendary Spanish crooner. Mica spends most of his time there, giving guided tours to aging Garibai fans. But stranger still, Mica smells. Like fish. Numerous doctors, his life-long therapist and even his own parents are at a loss. No one wants to be Mica’s friend. Girls won’t talk to him. His life appears pointless, uneventful, doomed. That is, until Laura walks into it.

Cottage Country (Ontario and Nunavut Region)
Todd wants everything to be perfect at the family cottage, where he plans to ask Cammie to marry him. Things take a bad turn when Salinger, Todd’s lazy brother, shows up with his girlfriend, Masha. When Todd accidently kills his brother with an axe, Cammie decides not to let Salinger’s murderâ€”or Masha’s less-than-accidental deathâ€”get in the way of the couple’s happiness. Todd’s proposal goes swimmingly (just as the bodies of the two guests disappear into the lake), and the lovers return to the cottageâ€”where a party is in full swing, making things even more complicated. Dov, Salinger’s buddy, starts to seriously question where the missing guests are, and tensions rise (along with the number of bodies) when the cops arrive.

Foxfire (Ontario and Nunavut Region)
Upstate New York, 1953, a working-class neighborhood in a small town. In this violent post-war culture controlled by men, a group of headstrong teenage girls unite into a sisterhood of blood: they form the Foxfire gang, a secret female-only society, recognized by the flame tattoed on the back of its members’ shoulders. ‘Foxfire’ for pretty foxes, but also ‘Foxfire’ for fire and destruction. Legs, Maddy, Lana, Rita and Goldie cannot accept any longer to be humiliated and discriminated against for being poor, and being girls. Headed by the feisty Legs, the girls set on a trip for revenge, and try to pursue their impossible dream: living according to their own rules and laws, no matter what. But there’s a price to pay…

Still (Ontario and Nunavut Region)
Still is the true story of Craig and Irene Morrison.Â  Married for sixty-five years, Craig and Irene were still very much dedicated to each other and their family. They had lived most of their lives in the same house overlooking the Bay of Fundy, but now it was in serious need of repairs. Add to that fact Irene was now starting to show signs of dementia, and it was only a matter of time before their home would be unsuitable. Though Craig was nearly ninety, he decided to build the house himself. When he started, he never envisioned the obstacles he would confront. Still is the story of love, of independence and of dignity.

The Disappeared (Atlantic Region)
Six men, two lifeboats, the fight of their lives. If they succeed, they live. If they fail, they die. They die together, lost and alone in the vast, unforgiving emptiness of the North Atlantic Ocean.

Sadly, it doesn’t look like anyone has picked up my idea to turn CBC’s The Racoons into a full length future film, at least not yet.Â  I like the plot line of The Disappeared.Â  Sorta like Open Water mixed with Paranormal Activity.

What do you think?