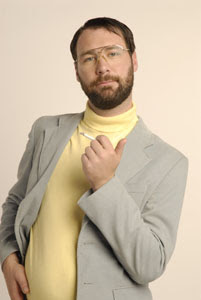 So what are Canadians doing now that we’ve all beenÂ laidÂ off and stuck in our freezing houses because winter simply will not end. Â Seriously this season has been like According To Jim or Willard Scott. How is it still going?

But that hasn’t stopped Canadians from watching great CanadianÂ television. Â Take The Jon Dore show for example. Â Wednesday’s episode on the Comedy Network was watched by 132,000 canucks. Â The shows ratings helped make t
he laugh network the most speciality channel canadian or otherwise!Â Even more impressive is the fact that the show’s ratings are up a staggering 272% in the crucial 18-34 year old demo!

That maybe true Michelle, but where do Canadians go for all things funny on the internet?
I think that answer is pretty clear.
on a side note: comedy network, your logo is PAINFULLY out of date. Â You’ve the same one since I had hair on my head. Â And I went bald in high school.