If you’re like me, you’ve just spent the night glued to your TV watching the coverage of the Vancouver riots.Â  The footage has been chilling and gripping and quite frankly, unbelievable. 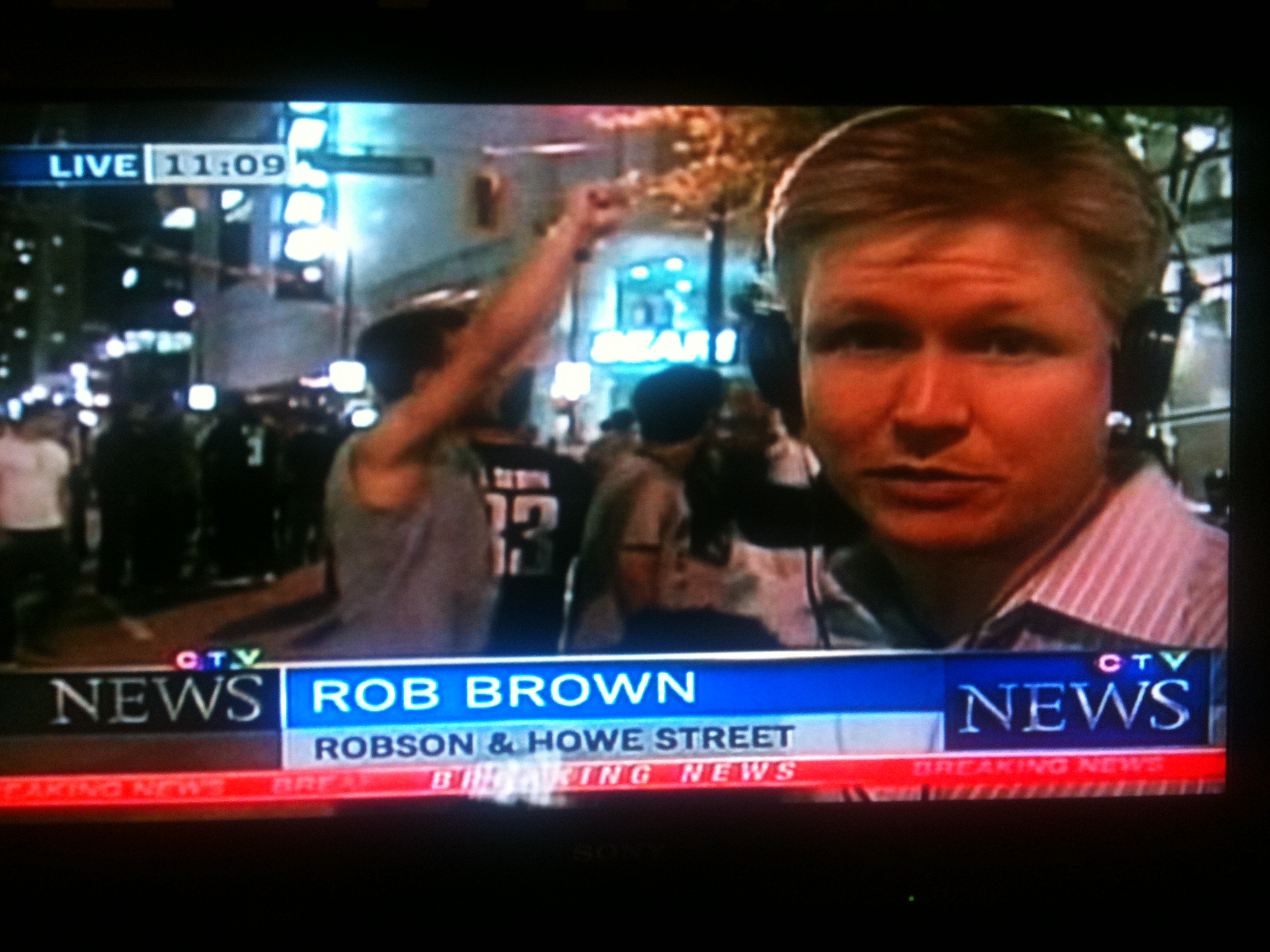 But I have to take a moment to acknowledge the amazing coverage of CTV Vancouver’s Rob Brown.Â  I’ve never seen him “do his thing” before, but tonight he became the voice from the streets of Vancouver. What probably started as a normal day for him, quickly became the day that his up-close and personal coverage had most of the country sitting on the edge of their seats. I kept flipping between channels and didn’t see anyone getting as close as he was, talking to the rioters, helping out concerned citizens and showing real-emotion.Â  It was fantastic TV. Thanks to CTV News Network switching to all CTV Vancouver cnverage, his profile was given a huge boost today and I’m sure I’m not the only one who noticed.

We’ve been looking and looking and yes Canada, I think we finally have our very own Anderson Cooper.

Thanks Rob, I certainly hope you are getting time and a half!