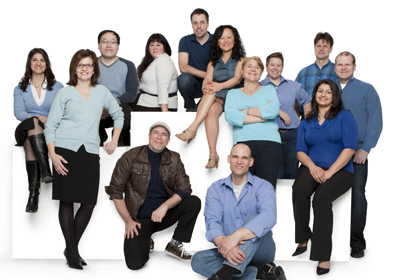 In what I consider very surprising news, Global TV has announced that they’ve renewed Canada Sings for a second season.

No really, they did.Â  Like seriously.Â  I’m totally not lying to you.

The one-hour original series aired to little fan-fare late this summer, it challenged Canadian workplaces to form glee clubsÂ  and compete workplace Glee clubs, the winner eventually got to donate the prize money to the charity of choice.

While I wasn’t really a fan of the show, I liked the completely random selection of judges which included, Jann Arden, Pierre Bouvier (of the band Simple Plan) and Vanilla Ice, all of whom will be back for round two.Â  The show’s first season was won by Eric Hamber Secondary School as “The Edutones”, and they got to donate $10,000 to the BC Children Hospital

Question: How do all of these teams get two months off of work?Â

The show’s renewal goes to show that there’s no such thing as a sure thing, even when that sure thing is cancelation.

So now that I’ve come to terms with the impending season of Canada Sings, it’s time to talk casting.Â  The show is currently on the look-out for offices that want to compete.