Canada AM Shake Up: Who’s out? Who’s in? 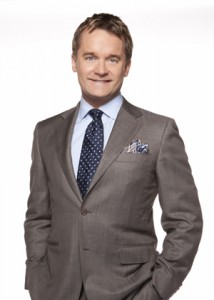 The world of Canadian media was sent for a little whirlwind today, when Canada AM’s Seamus O’Regan announced that he was leaving the long-running morning show!Â  But don’t worry Seamus fans, he won’t be going far.Â  Starting at the end of November, he’ll be joining CTV National News with Lisa LaFlamme.Â  Shamus will be leaving Canadian AM after nine years in the co-host seat.

It’s an interesting time at Canada AM.Â  The iconic Canadian show has been going through a transition, with many western Canadian affiliates dropping the show and launching their own morning shows called CTV Morning Live.

So the question is who will replace O’Regan?Â  Well, the new host will be revealed on November 24 live on air.Â  Because they aren’t drawing out the co-host search, that leads me to think that CTV is doing what they do best and are hiring from within.Â  So who could it be?Â  Ben Mulroney came immediately to mind, he’s been a CTV darling ever since he launched eTalk ten years ago.Â  I’m guessing after a decade of talking about all things Canadian entertainment, Mulroney might be looking to make a change.Â  It would certainly be an interesting move, that would have people talking about Canada AM again, but he might be too “entertainmenty” to take over Seamus’ seat.

I guess we’ll find out on November 24th, but until then, who do you think will talk over?