I miss Canadian Idol. Yes, that Canadian Idol.  You’ve already forgotten about it haven’t you?  Well you should consider yourself lucky. For years now I’ve been tossing and turning at night struggling to forget about the glory days of Rex Goudy, Jaydee Bigsby, Ryan Malcom and Melissa O’Neil.   How have you been able to turn your back on these semi-celebs so quickly? Did you not vote for them thousands of times? Did you not buy all their CDs?  Did you not see Kalen Porter in concert three nights in a row?  What’s that?  No?  You didn’t? Shit.

Surely I’m not the only one that misses Ben, Sass and all the other barely qualified judges, right?

So this is my plea to any Canadian network. American Idol is evolving this season, so why can’t our Canadian edition do the same?  Hasn’t this “hiatus” gone on long enough?  If by simply reminding you that this show even existed isn’t enough to bring Canadian Idol back, I’ve prepared a list that can be brought up at any of the next month’s board meetings.

Three Reasons Why Canadian Idol Needs to Come Back: 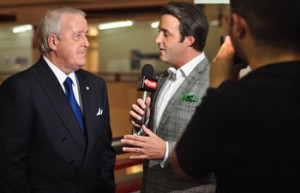 1. I’m personally worried about Ben Mulroney.  There, I said it.  That took me a lot of therapy sessions to admit that I’m genuinely concerned about the guy whose dad paid CTV a lot of money to fast track his son’s fame and legitimacy…with little success.  But did you see Ben during TIFF? There’s a sadness in his eyes.  I don’t know if he just misses trying and failing at reading a teleprompter or what, but it’s like watching a puppy trying to not pee on himself. Sure he has a kid now, but does that fill the void of struggling to pretend you care about contestants?  No, no it doesn’t.  Most importantly, Etalk doesn’t give Ben the chance to remind us that he is fluent in French. You haven’t forgotten that he’s bilingual have you?  What have you done CTV, what have you done indeed. 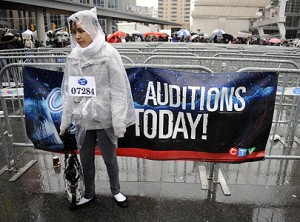 2. Almost on a daily basis I get about a dozen or so Facebook event invites for someone who is singing at an Open Mic night or needs one more vote to win a song contest for a radio station.  Not that I don’t appreciate their efforts, but sometimes I’d like to know if I’m wasting my time or. Wouldn’t it just be easier if they could audition for Idol and find out for themselves if they are good or not?  While I know the judges for Canadian Idol were very cookie-cutter and rarely contributed anything that could even be considered close to helpful advise, I like to believe what they were doing was a way of culling my talentless friends.  It was a system that worked and quite frankly, I miss it. 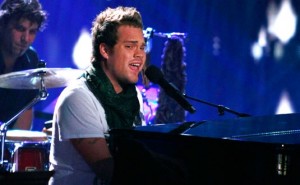 3. Theo Tams would get work.  Think about it, they always bring back last season’s winner to mentor or at least perform.  That could result in a solid one or two days of employment for the fallen Idol, (three if they let him practice.)  And with winter coming, he’ll need the money to buy scarves.  Plus, I’m pretty sure the Canadian government would let CTV claim it as charity work.