Calgary’s three biggest parades are changing routes! Check them out!

You’ve heard of One Direction, how about three directions? #DadJoke.

This year, three of Calgary’s biggest parades have all announced that they are changing routes.

Let’s lay them out for you, so you can start your planning now! 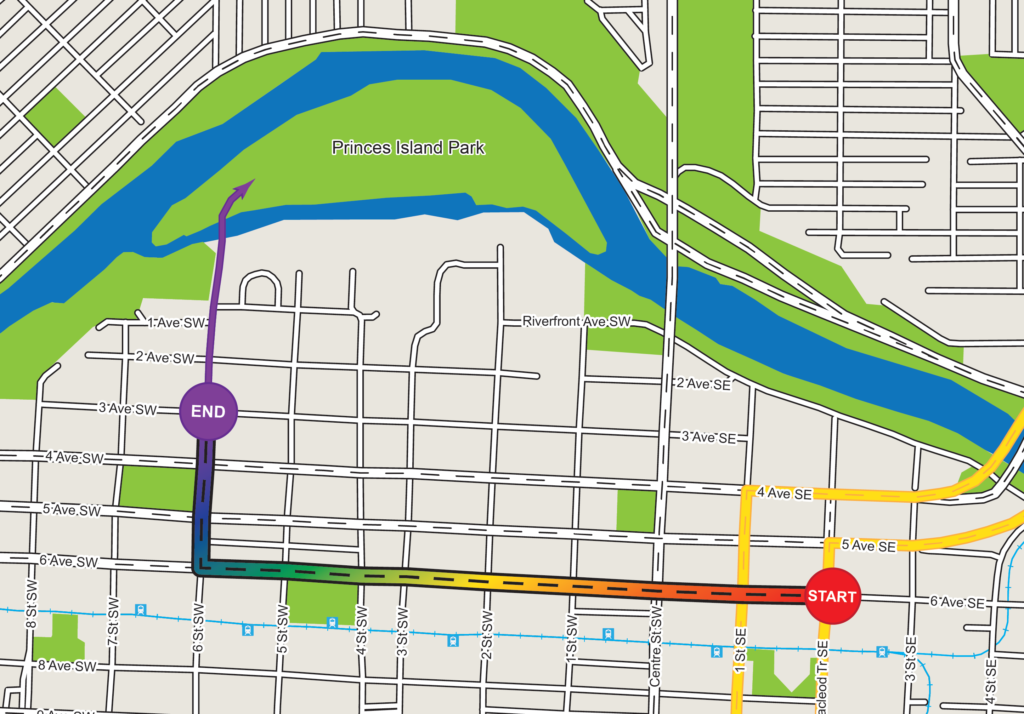 The first one is pretty exciting, because it shows just how quickly Calgary Pride is growing! This year’s Pride (September long weekend), will move from its former home at Shaw Millenium Park to the much bigger (and closer to my house) Prince’s Island Park! I’m so thrilled about this, because Prince’s Island is so beautiful, that if the weather is nice, it’s going to be such an awesome day!

The new destination also comes with a new Calgary Pride Parade route, which will now piggy back off a bit of the Calgary Stampede’s route and go along 6th Ave in downtown Calgary. The proposed route runs West from 3 St SE to 6 St SW, then North along 6 St SW to 3 Ave SW. This new route will allow spectators and participants to flow directly into the Pride in the Park event at Princeâ€™s Island Park. 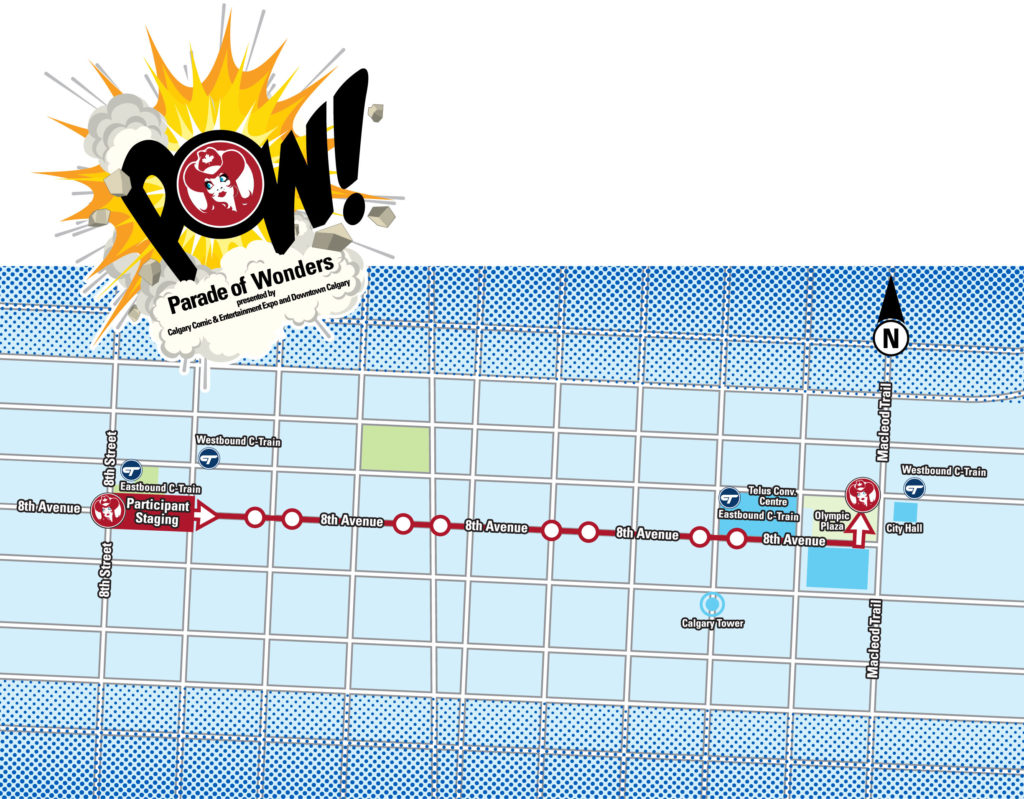 For the last couple of year’s, Calgary Expo’s ever growing event has been kicked off with a parade, featuring some of the weekend’s biggest stars. It’s always started at Eau Claire and made its way through downtown, but this year, due to it’s quick growth, it too as changed routes!

The 2017 POW! Parade of Wonders will take place on April 28, 2017 between 10:30 a.m and 11:45 a.m on Stephen Avenue. Last year, over 2,200 cosplayers paraded through the streets of Downtown Calgary for over 10,000 spectators. Â This year, Expo organizers are asking participants to meet at the new staging area at 8th Ave and 8th St, right by the University of Calgary downtown campus. The new route will now take participants from there all the way down to Olympic Plaza where they’ll kick off Calgary Expo weekend!

Since that route is all along the bike tracks, I’m hoping to see a few bike-inspired super hereos this year!

Now this one surprised me! Â Calgary Stampede has announced that they are changing their parade route…sorta. Â This year’s parade, which is attended by hundreds of thousands of people every year, is going backwards. Â So same route that we all know and love, just the opposite direction.

One of the reasons they are doing this, is to make it easier for parade watchers to take advantage of the free admission that the Calgary Stampede is offering after the parade until 1:30pm.

Obviously the free admission is huge, but I’m interested to see how long time parade watchers feel about it. Some of them are probably already set up to watch the parade and now the timing of everything changes. Where some of them used to be the first to see the parade, now they are the last. And that parade is LONG.

But change is good, change created a renewed energy and excitement, so I’m excited to see that the three biggest parades are all growing and making it easier and better for people all across the world to enjoy some pretty awesome events right here in Calgary.