Normally, something like a bridge wouldn’t warrant a first birthday celebration, but anyone that has been following the long and controversial journey of Calgary’s Peace Bridge knows that this bridge is anything but normal.

The Â bridge’s design was unveiled by Spanish architect Santiago Calatrava in 2010 and was supposed to open up later that year, but thanks to countless delays both here in Calgary and Spain, the bridge actually didn’t open until 2012.

I was one of those people that always defended the bridge. I thought (and still think) that Calgary has to been innovative when it comes to design, we’re lucky to have the Rocky Mountains so close, but beautiful buildings and structures bring character and tourist dollars to the city and in twelve short months, the Peace Bridge has certainly down that.

When it opened, thousands of Calgarians crossed from one bank of the Bow to the other and really, they haven’t stopped. For the past year, the bridge has been the focal point of amazing photos, inspiring videos and yes, more than one debate about cost, production and location.

Here are some of my favourites moments of Calgarians loving the Peace Bridge:

This stunning photo via the VERY talented Neil Zeller.

The first time I had heard of Rotary Park was when I was walking across the bridge and they were playing the bridge’s first concert. As luck would have it, Lonnie Taylor was there and he took this video. Â Now, Rotary Park is one of my favourite local bands. Check them out, because they should be yours too.

Then there’s this awesome video featuring Glow and LED lights by Carisa Hendrix.

In honour of the bridge, today, I went down to the Bow River and had a little party for it. Okay, I know that it’s incredibly weird to throw a birthday party for the bridge, but since it opened one year ago today, it’s been the subject of hundreds of my photos. Like attractions like Lake Louise, Niagra Falls and Times Square, the Peace Bridge looks different every time I walk by it. Especially when you factor in Calgary’s wacky weather. 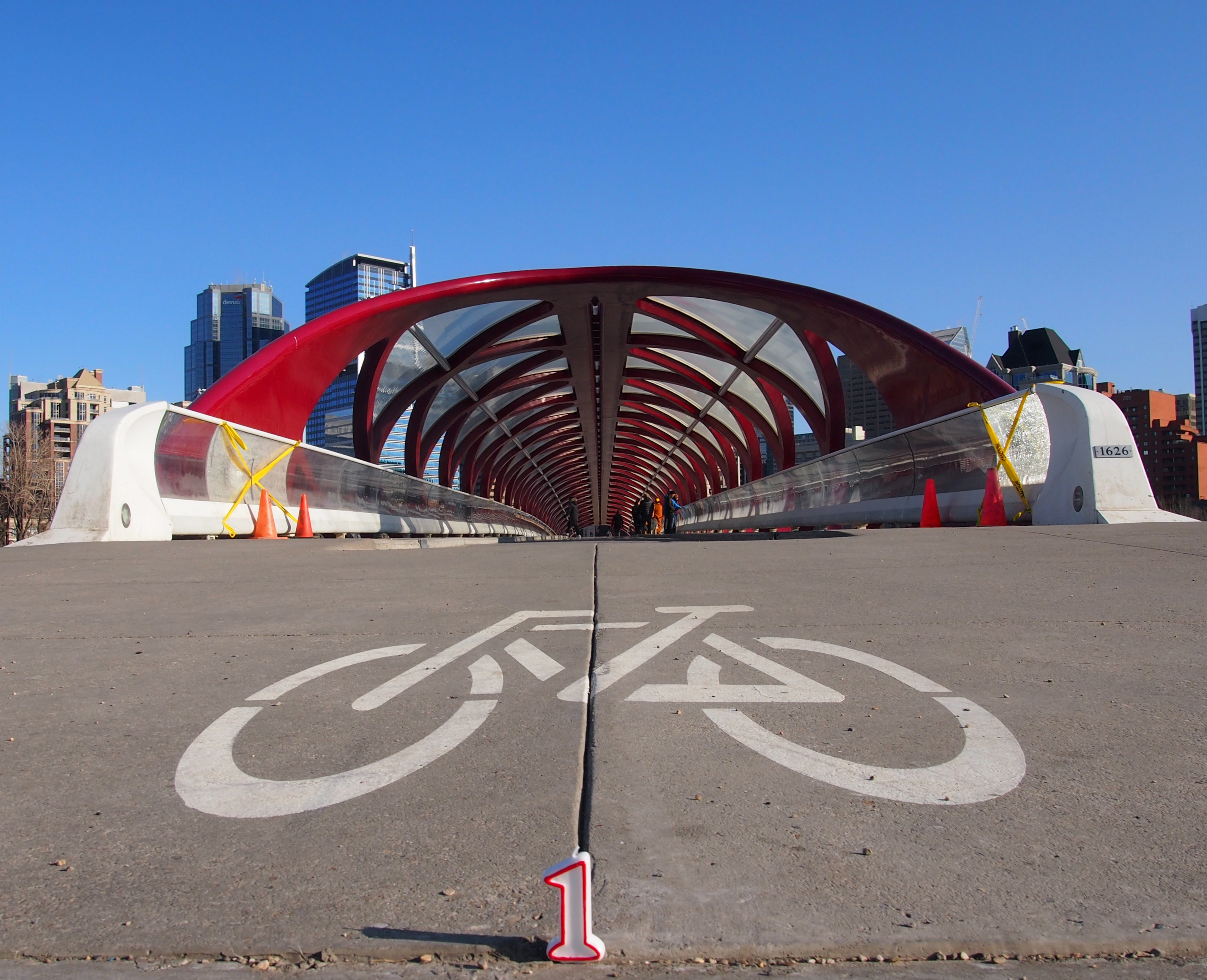 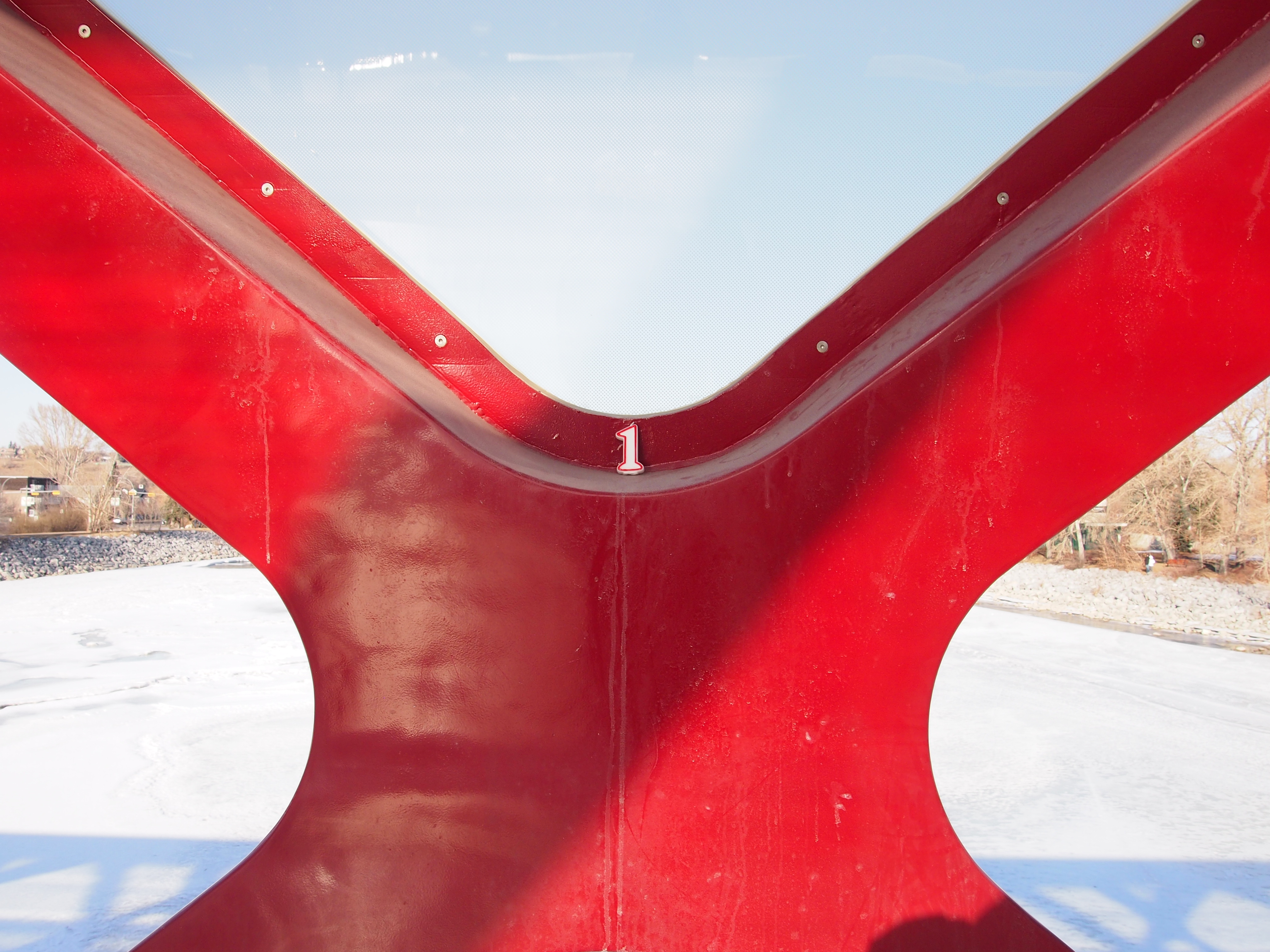 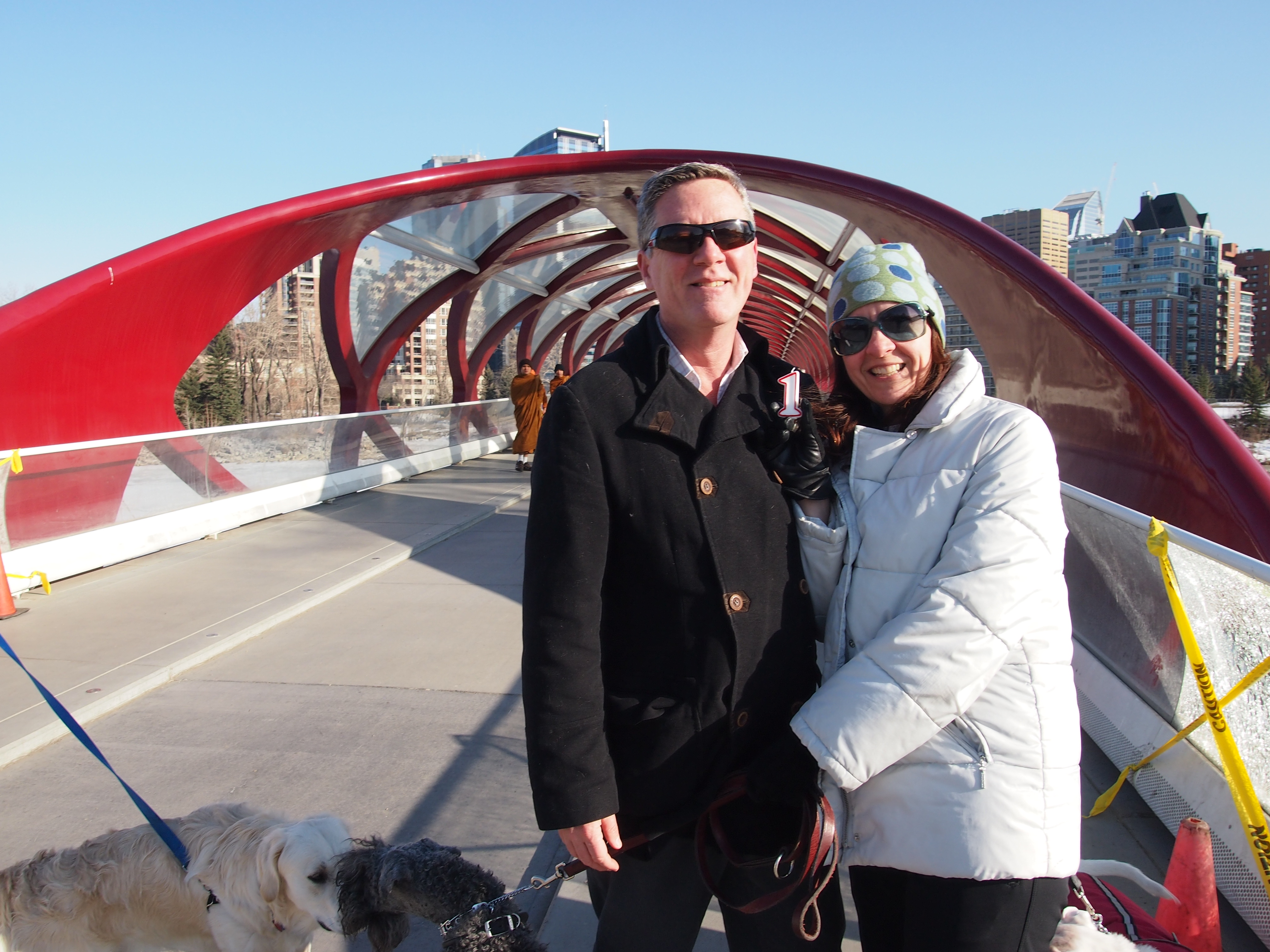 People at the Peace Bridge are always ready for a party. Thanks to this couple for helping me celebrate! 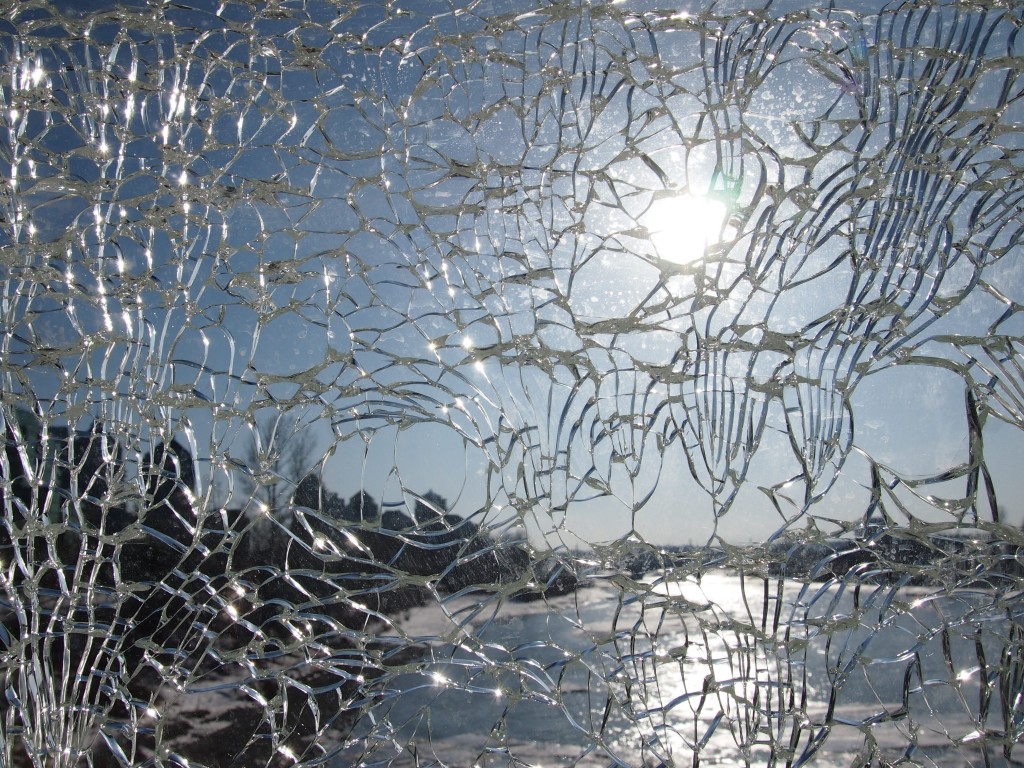 As with anything, we eventually start to show our cracks, unfortunately in this case, these cracks were caused by vandals who took out several panes of glass last week.

I’m not sure how long my love affair with the Peace Bridge will continue, it already has some close competition, for now, I’m glad that the city took a risk, because the bridge is definitely our reward.